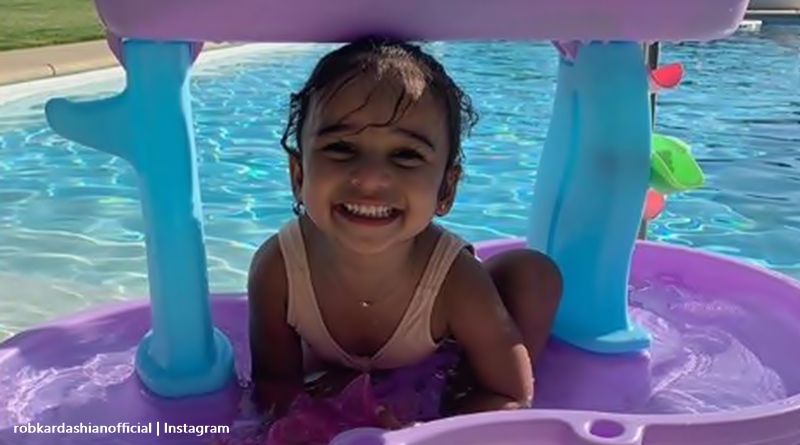 KUWTK star, Rob Kardashian sparked a lot of rumors about his dating relationship around Father’s Day this year. TV Shows Ace reported that rumors arose after a few flirty messages on Twitter. Back then, we noted, “Basketball Wives‘ star Evelyn Lozada spoke about Rob Kardashian dating and romance rumors.” Plus, Natti Natasha also got into fans’ discussions. Now, Rob seems to be taking things slowly. And, it’s for the sake of his daughter, Dream.

Fans of Keeping up With the Kardashians know that Blac Chyna and Rob broke up. It came after a tense relationship involving her ex, Tyga. He happened to be dating Rob’s sister Kylie Jenner. Anyway, the relationship ended but between them they produced Dream. Mostly, the two parents dote on her, despite their other differences. After Chyna, Rob dated here and there, but it never looked like he seriously contemplated a permanent new woman in his life.

At one stage, reality star Mehgan James seemed in the frame. However, Hollywood Life reported, “she denied any relationship between them.” Now, the outlet came up with a source who talked a bit more about Rob and why he’s not rushing things. It seems that for Rob, his daughter weighs very strongly into the whole equation. That’s not to suggest the KUWTK star won’t have another relationship, but Rob would need to be totally certain of the person entering his life.

Hollywood Life‘s source told them, “Right now Rob is just focused on providing Dream with a healthy environment to grow up in and raising her with two parents that have a healthy co-parenting relationship.” For Rob, taking the big step of introducing a dating partner to his daughter’s a huge step. The news outlet adds, “Though he might be single and ready to mingle, Rob doesn’t seem to be in a rush to bring in another parental figure for Dream.”

In fact, these days it should be noted that the KUWTK star and Chyna seem on better terms. That’s important for Dream, as well. In any event, if she’s comfortable with her parents’ relationship, why mess that up by bringing in a third party to the kid?  So, it looks like anyone dating Rob Kardashian will know they’re the right person for him the day he introduces them to Dream.

What do you think of Rob Kardashian seemingly taking dating relationships slowly because of Dream? Do you think he’s acting very wisely by not rushing anything? Sound off your thoughts in the comments below.

Remember to check back with TV Shows Ace often for more news about Rob Kardashian and KUWTK.