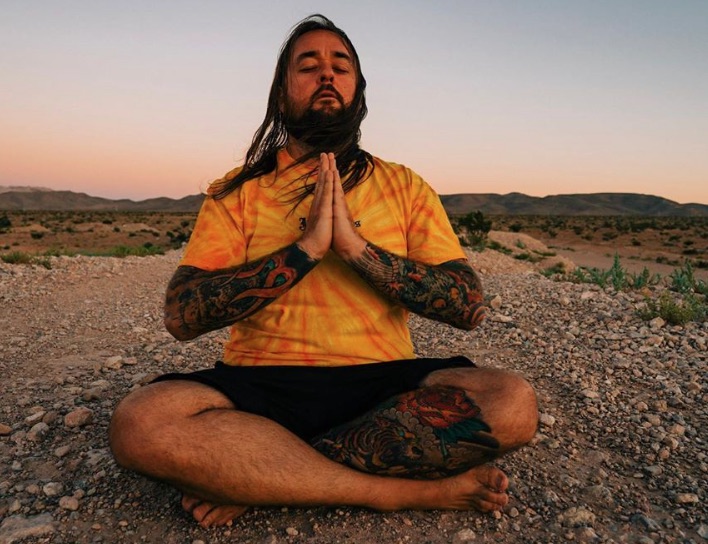 Chumlee appears to be too sexy for Instagram. The trimmed down, Pawn Stars fan favorite, recently had a photo taken down. Chumlee says that Instagram could not handle his “hotness.” What do we know?

Chumlee recently posted an Instagram photo while on vacation in Hawaii. He was kneeling in the sand, his head tilted up, his eyes closed. Chum has lost a tremendous amount of weight and was looking good. He even joked to The Blast that “I thought I would start my modeling career off with this photo.” So imagine his surprise when he found that the photo was removed by Instagram, without any kind of warning! It is quite surprising to imagine that Instagram’s censors would find anything obscene in the photo. Of course, he has no information. Users cannot reach Instagram. So, this incident has remained a mystery.

Chum will never forget this photo. After that, a jellyfish stung him! Unfortunately, there was not a photo of that crazy experience to juxtapose the serene pic that Instagram removed.

Are Chumlee And Olivia Married?

Is Chumlee married? According to a report on Chumlee and Olivia Rademann’s pre-wedding party, the couple planned on getting married in Hawaii in August.  The Blast, who interviewed Austin Lee Russell, better known as Chumlee, for this report, identified Olivia as his fiancé. August is nearly over, and Chum and Olivia have already returned from their Hawaiian holiday. Did they tie the knot?

Right now, no one knows. Most importantly, the Pawn Stars fav has not posted any wedding photos. However, the couple is clearly together having traveled on several vacations. They have been to Hawaii and Costa Rica. Maybe they delayed their nuptials? Or, perhaps they have decided to include wedding pics and video in the upcoming new season of Pawn Stars? The new season of the show will be filmed outside of the confines of the World Famous Gold and Silver Pawn Shop in Las Vegas.

What do you think of Instagram taking down Chumlee’s photo? Please share your comments and be sure to come back to TV Shows Ace for the latest on Chumlee and Pawn Stars. Pawn Stars Season 17 will premiere in October, on Monday nights, on History.