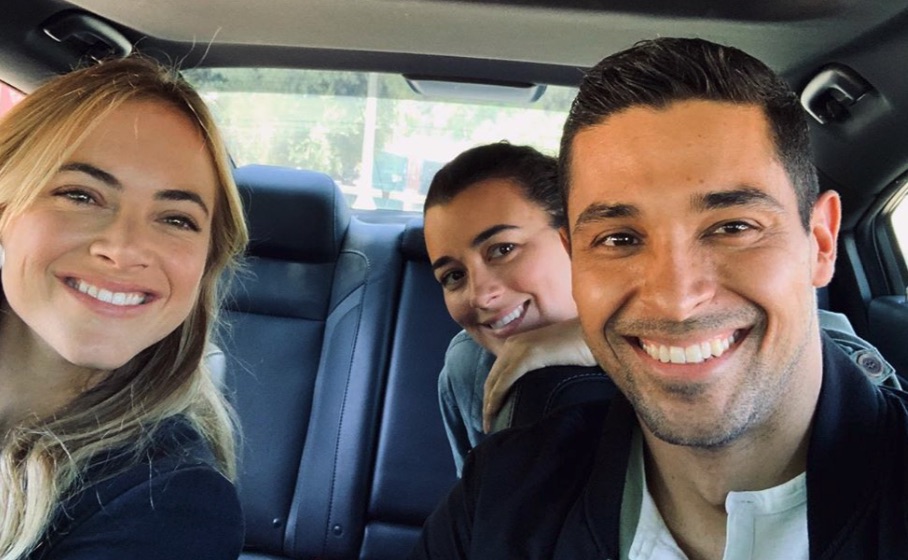 Monday, Ziva David fans got the best news ever. Cote de Pablo fans will be happy to know that she will be in multiple episodes of NCIS Season 17. What is the latest news? What does this news reveal about the upcoming season?

She's really back!! Cote de Pablo will be returning for more episodes of #NCIS later this year https://t.co/n9KKBr9ITH

Ziva David Is Back!

Cote de Pablo is back and not just for a short cameo. According to TV Guide, Ziva will appear in the first two episodes of NCIS Season 17. She will then return for two more episodes that will air in the fall/early winter. Sounds like these four shows will likely air before the end of the year!

The two showrunners also teased a bit about NCIS Season 17 and how Ziva will be involved.  “We are thrilled to share that Cote de Pablo will guest star in the NCIS Season 17 premiere this fall as Ziva’s warning to Gibbs unfolds.” Sounds like the showrunners already know this is going to be a full season, with Ziva trying to help save Gibbs in a thrilling plot.

Does Ziva News Reveal Anything About Season?

There have been a lot of clues to the new season. NCIS has been in production for over a month now. Wilmer Valderrama (Nick Torrres) has already posted photos with him, Emily Wickersham (Ellie Bishop) and Cote de Pablo. This clearly indicates that the trio are working together. This means that Nick knows that Ziva is alive. Who else knows?

Next, we have to wonder if Gibbs (Mark Harmon) and McGee (Sean Murray) not able to work with her because of her past. We know that Gibbs’ life is in danger, as Ziva told him that in that shockingly wonderful NCIS Season 16 closing scene. But could McGee also be in danger? Does any of this have to do with her, and why she had to pretend that she was dead?

NCIS fans may safely assume that the NCIS writer’s room is busy trying to make sure that all of the questions that fans have will be answered. Fans will want to know why she faked her death, why Ziva is hanging around her old office and solving cases, and whether Tony (Michael Weatherly) knows she is alive.

Are you excited that Ziva is back for at least four episodes in the first part of NCIS Season 17? Share your predictions and be sure to come back to TV Shows Ace for the latest on NCIS. NCIS Season 17, featuring Cote de Pablo as Ziva David, will return on September 24 on CBS.