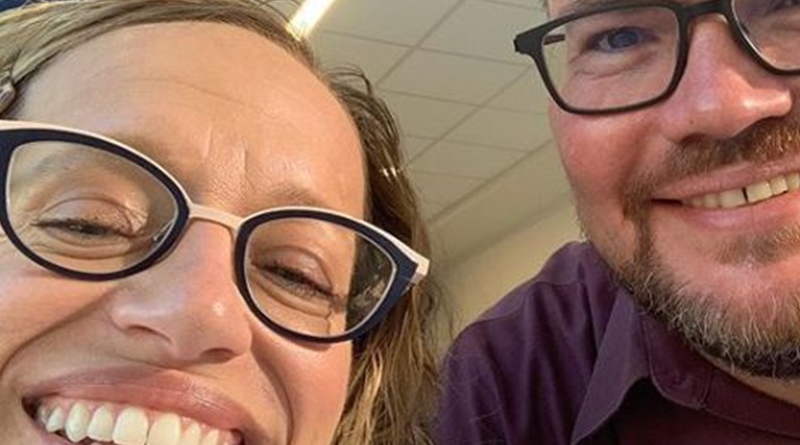 The Little Couple fans grew alarmed after Dr. Jen Arnold posted up that they wrapped up filming for the season. Many fans of the show grew concerned, misinterpreting it to mean the shows over. However, she later took to her Instagram and reassured them the season’s not over yet. In fact, the episodes still continue airing.

The Little Couple fans confused after filming wraps for the season

On Saturday night, Dr. Jen Arnold took to her Instagram and shared a photo of Bill getting a hug from one of the production crew. It looked quite funny as Bill obviously found it an awkward moment. Jen captioned her post with, “And that’s a wrap!” Alarmed fans responded, and here’s what some of them said:

As you can see, lots of The Little Couple fans grew concerned about the season ending after just a few episodes. Others feared Jen said goodbye to the show forever. However, she later reassured them.

Reassurance the season continues airing – it’s not over yet

After the confusion about the season ending, Jen commented on her post. She said that the “season is still airing every Tuesday night at 9…we are just done filming it!” However, it seems many fans missed that comment, so she later shared another photo about it. In the post, The Little Couple matriarch wrote, “While we may be done filming, #littlecouple is still airing! Hope you’ll continue to tune in Tuesdays at 9pE to see this great crew in action!”

Relieved fans seemed much happier with that post. However, they still stress about the possibility of no more upcoming seasons. However, Jen Arnold’s not the kind of person to so casually wave off her fans. If the season gets renewed again, it’s certain she’ll announce it. If it’s not renewed, then likely a formal statement and a big goodbye will emerge in time. TLC no doubt knows how much their fans love The Little Couple.

While we may be done filming, #littlecouple is still airing! Hope you’ll continue to tune in Tuesdays at 9pE to see this great crew in action! @tlc @reallybillklein

One fan, @aliviyasmommy, spoke for a lot of people when they wrote, “You better get started on the next season soon!! Love love your family.” Meanwhile, @nanamack08’s another fan with crossed fingers for another season soon. They posted up, “Done for this season, right, you’re coming back, right🤞🤞.”

What do you think about the confusion over wrapping the filming by Jen Arnold? Are you relieved it’s still airing more episodes? Sound off your feelings in the comments below.

Remember to check back with TV Shows Ace often for more news about The Little Couple.

Too Much Heat? Lindsie Chrisley Takes A Break From Social Media
Exclusive: ‘North Woods Law’ Returns To Animal Planet For New Season, Preview
Why Did Cody, Abigail’s Son, Visit The ‘When Calls The Heart’ Set?
Khloe Kardashian Facing Backlash As Fans Accuse Her Of ‘Blackfishing’
‘Renovation Island’ Resort: How Much Does It Cost To Stay?