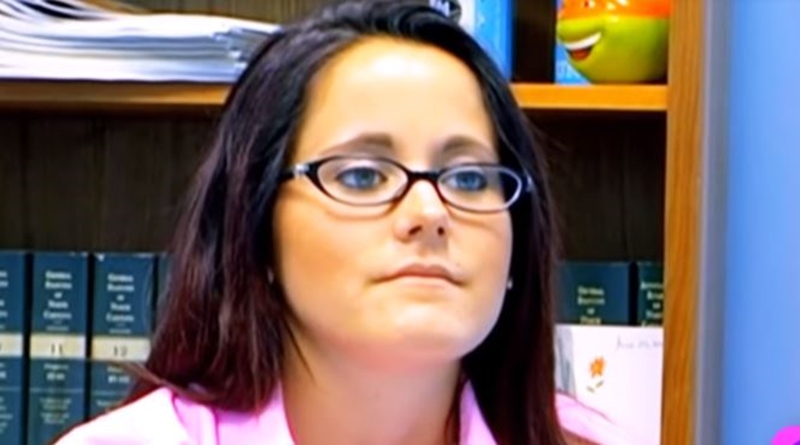 Teen Mom 2 fans know Jenelle had a string of relationships with some character flaws. One of those, her BFF ‘Tori’ Rhyne served a sentence for DWI. Meanwhile, her ex-hubby Courtland Rogers serves time for assault. Now, her ex-boyfriend Joshua Miller landed up alongside Courtland in Brunswick County Jail.

If you’re a fan of the MTV show, you’ll already know of Joshua Miller. Starcasm reminds us he “featured for a few episodes back in Season 3.” Later, he made headline news after he was charged for allegedly “resisting arrest, probation violation, and….credit card fraud.” That took place in October 2018. But, the outlet also reminds us that he’s related to Jenelle’s celeb status from an incident in August 2016.

Starcasm details it writing, “He allegedly stole a car with a three-year-old girl inside before dropping the girl off in the middle of the street and fleeing the scene.” Remember the infamous brawl in 2011? Well, the little girl was the daughter of Brittany Maggard, who was involved in that. Now, news comes that Joshua and Courtland sit behind bars together. At least, they have something in common – Jenelle.

Another Teen Mom ex of Jenelle, Kieffer Delp should get out of jail soon

Jennelle also dated Kieffer Delp and we saw him on the show in Season 4. Radar Online reported in mid-August that he “was sentenced to 18 to 36 months in prison for operating a meth lab.” The outlet reminds us that “During his time on the show, he was arrested multiple times on drug charges. The two were even arrested for breaking and entering, and drug possession in 2010. Jenelle pled guilty and was sentenced to 12 months probation.”

According to the Radar report, we can expect Delp to get out on parole soon. Fayette Pennsylvania Department of Corrections told the outlet that “He didn’t get parole last time the board saw him. He will have a new parole hearing within the upcoming months.” It seems the guys involved with Jenelle all bring a common topic to the table. Just like Jenelle, they all know a bit about life behind bars.

Roger Courtland and David Eason of Teen Mom also go back to a shared experience behind bars. Radar reported two years ago, the two men shared a cell for “two months.” No wonder another ex – Nathan Griffith’s concerned about his son Kaiser and fights for custody. Oh wait, Nathan also ended up arrested. The Ashley’s Reality Roundup reminds us he was picked up and booked for traffic violations in 2019. Plus, they noted he faced “pending charges in South Carolina for previous arrests…one for alleged aggravated domestic violence in 2016.

What do you think of all these Jenelle exes behind bars? Is it no wonder that sooner or later they meet up in places like Brunswick County Jail? Sound off your thoughts in the comments below.