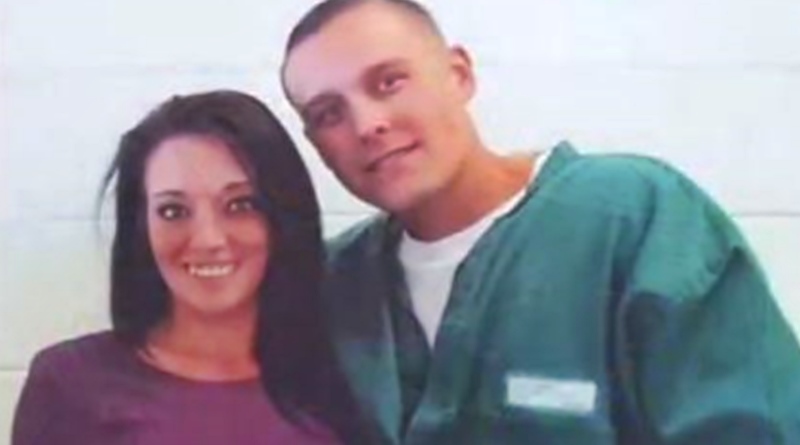 Love After Lockup star Josh Hyatt’s not much of a success when it comes to robbing banks and pizza parlor owners. However, it seems some readers of his book on Amazon think he’s made a surprising effort as an author. Well, there’s not too many reviews, but those who read it, like it. Titled Message in Blood, Josh promises to take you into the world of crime from a criminal’s perspective.

Love After Lockup‘s Josh writes a book, available on Amazon

On the reality TV show, we know that for some reason, girlfriend Cheryl’s all about her man. She loves him despite his rap sheet and his penchant for pulling guns on people. We saw on the show that Cheryl revealed how Josh wore a blonde wig when he robbed the bank. Plus, Starcasm notes that Josh “was eventually sentenced to 12 years in prison.” Other crimes that the outlet mentions include Pueblo County Sheriff’s Office investigations into a “Little Caesar’s Pizza” robbery at gunpoint “in Blende.” Plus, “a burglary at a home in the Oakwood Estate Mobile Home Park.”

Looking at the botched crimes, it seems that the Love After Lockup star really grew a resume to fit his aspirations as an author. Over on Amazon, Josh describes his a book as “a story of street justice.” He notes, “My goal was to be rich and famous. I had the guts, and stupidity to do whatever it took. I’ve been through and have done a lot of things most of the world has never done. Not many Authors can explain the feeling of holding someone at gunpoint from firsthand experience. The power, the fear, the doubt, and most of all the adrenaline coursing through every vein in every part of your body.”

Comments by readers on Josh’s book

Only a few people actually reviewed the book that Josh Hyatt wrote. But these readers mostly seems satisfied. Reader, Suzan L Jack noted, “The book was a real page turner, unpredictable, and very genuine to people that live in that lifestyle. It gives you an inside look into a way of life that most people don’t know about.” Meanwhile, reader Juan commented, “This story gives you a whole new perspective! I would certainly recommend reading.”

However, one reader enjoyed the storyline but not the crafting of the book. They wrote, “The grammar makes me want to kick puppies in the head…….story line is ok, i just wish it was more relatable.” Well, Josh from Love After Lockup missed his mark with that reader if he wants relatable. He said in his Author Review, “I hope that my readers can live those situations through my writings and never have to be pushed into one themselves.” But, it seems a bit of a mixed message. While Josh thinks he may help people not get pushed into crime, he appears to glorify the criminal experience in a way.

Josh goes on to add, “My goal is to make you look over your shoulder looking for the cops because of the crimes you just committed. Have you ever wondered what it was like? If not you can pick up “ANY” other book. But if you want a different kind of adventure…then just pick up one of my books.”

What do you think about this surprising talent that reveals Josh Hyatt’s an author? Would you read it? Sound off your thoughts in the comments below.