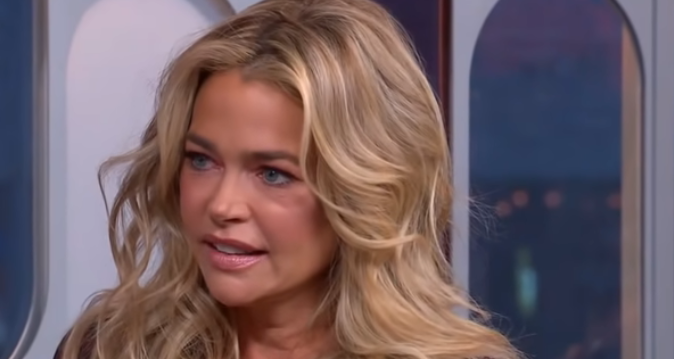 When the reunion aired Camille came with her claws out and Denise Richards held her own. An article on Reality Blurb says sometimes after these types of explosive reunions the housewives are able to become friends again.

That doesn’t seem to be the case for Camille Grammer and Denise Richards. In a recent interview, Richards said the two were not speaking. Camille has a history of stirring the pot and she brought her biggest spoon for the reunion. At first, when questioned she simply said, “I haven’t seen Camille since the reunion, but we’re all very busy, and all of us have a lot going on.”

Denise Richards Didn’t Appreciate Some Of The Things Camille Said

There were several things Camille Grammer said specifically to Denise Richards she thought were uncalled for. One of these was Camille saying Richards losing a rental home in the Woolsey Fires of Malibu wasn’t the same as losing one you owned. She insinuated Richards didn’t go through the same amount of hardship she did. In past interviews, Richards has also reference some racist things Camille said and how she thought her behavior was inappropriate.

She also weighed in on the biggest controversy of her first RHOBH season, Puppygate. About the fight between Lisa Vanderpump and the cast, she said, “I think there was some things that were said that were not necessary. We’re all adults, and I think that there’s times you don’t cross a line.” Richards, true to character, didn’t name any of her co-stars when she discussed it.

About last night…. amazing night, thank you Robert and Kym for having us. Fun catching up with friends 💕

Fans love how Denise Richards manages to carry herself even when there is drama going on. Richards always stays classy with her responses and handles herself with grace. Recently she’s been focusing all her energy filming The Secret Lives of Cheerleaders. It’s going to be on Lifetime and something she’s proud of. While the filming of Season 10 has started to film Denise wouldn’t tell much about it.

It’s unclear if Camille will be back for Season 10 of the show. She’s stated in interviews she’s very much on the outs with everyone. Fans may not get to see her and Richards reunite if the newlywed chooses to stay away.