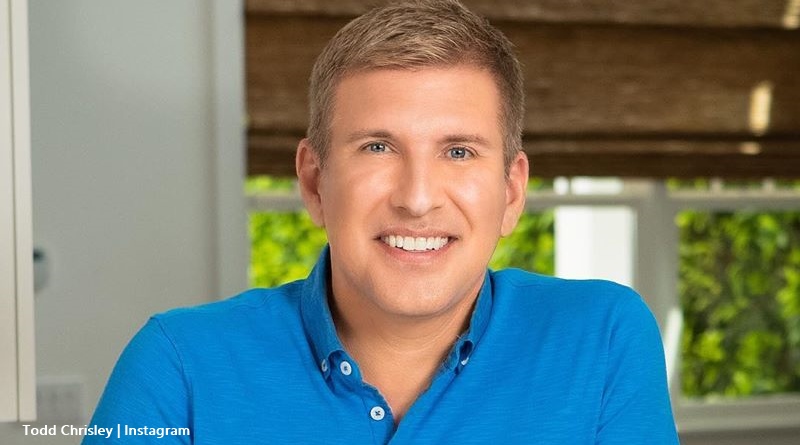 Todd Chrisley outed a troll on his Instagram, and rightly so. After all, most people respect that little kids shouldn’t be hated on. In fact, it’s nice to see him taking a stand in support of his granddaughter, little ‘Chloe Coco.’ After all, he’s been there for her through custody issues and we see her loving her life on the Chrisley Knows Best TV series. Actually, there’s little hate on his IG given the high-profile tax and other alleged charges he’s facing right now. So, it seems he quickly outed an opportunistic troll.

If you watch the Chrisley Knows Best show on USA Network, you’ll be familiar with Chloe ‘Coco.’ Distractify reminds readers that she’s the daughter of Todd’s son Kyle. It’s a well-known fact that Kyle’s bipolar and slid into problems with drugs. Actually, it’s not uncommon for bipolar people to struggle with addictions.  The Addiction Center website explains, “Many people with an addiction have a co-existing mental health condition such as bipolar disorder. Once known as “manic depression,” bipolar disorder causes mood swings between intense emotional highs and lows.”

Todd’s son struggled through his life but had little Chloe in 2012 with his ex-girlfriend, Angela Johnson. Arrested for alleged assault a year after Chloe’s birth in 2012, Kyle’s little girl came under the joint custody of Angela and his dad, Todd Chrisley. In 2016, Angela, arrested for alleged medical dependent fraud, lost custody of Chloe and Todd took over raising Coco. Ever since then, we often see her enjoying her horse riding on the TV show.

Sometimes, it’s tragic that media coverage gives publicity and attention to trolls. So, the image below’s been edited to hide their name. Not to mention the disgusting language and racist insinuations. Trolling’s not okay, though, so slamming it’s probably a good thing. Todd replied to the troll, saying, “And just when you think the world can get no worse, this douche bag shows up, you just know that his father wishes he had left him in a Kleenex … and for anyone who wants to comment on why I outed this trash, DONT, it’s my account and I can do as I please with it …”

Some fans, rather than questioning Todd Chrisley on outing the troll grew concerned for Coco. After all, the little girl can read. Plus, one day she might actually see the post. But, on the whole, fans stepped up and defend Todd for standing in support of Chloe. @ayrtonm23 commented, “That person wanted to be outed! Turn the other cheek does not mean to lie there and accept/absorb wrongdoing. Even the lord will allow one to expose themselves.” Meanwhile, @lauramvaughn said, “good for you @toddchrisley for calling her out.”

Right now, his sons Kyle and Chase are in the news for all the wrong reasons. Much of that comes from Todd’s estrangement from Lindsie Chrisley. Plus, he’s dealing with allegations of tax evasion and financial crimes. He’s got his attorney’s onto it and intends fighting. Todd Chrisley claims he’s innocent of all charges. Whether the courts eventually find that to be the case or not, is yet to be determined. However, whatever the outcome, little kids really should be left out of it. Especially Chloe ‘Coco’ who’s been living a good life.

What do you think about Todd Chrisley outing the troll and standing in support of his granddaughter, Chloe ‘Coco.’ Do you think it’s a good or bad thing? Sound off your thoughts in the comments below.

Remember to check back with TV Shows Ace for more news about Julie and Todd Chrisley.