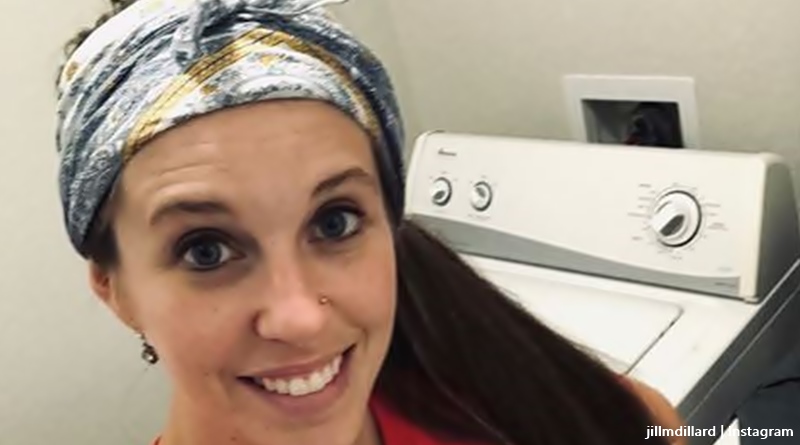 Jill Dillard often shares photos of her sons on social media. On Friday night, she went onto her Instagram Stories and related a hilarious anecdote about Israel. Israel’s just four-years-old, and at that age, kids sometimes make us just laugh out loud. Without meaning to, their perspectives on life often give us reason to smile. So, thanks Jill, for the giggle.

Jill Dillard seems to be on a road trip, shares hilarious Israel story

Jill, her husband, Derick, and the kids might be a road trip. Now, on her Instagram Stories, she mentioned a road trip. While we don’t know where they went, or if they visited the Statue of Liberty on that trip, her story related to the famous landmark. In her post that she decorated with crying-with-laughter emojis, she described how Israel made her laugh.

Her post read: “In the kitchen chatting with Israel while he’s eating a big carrot.” She narrates how next, “he holds it up in his right hand and stands still, and says, “Hey mommy, I’m the Capitol.” Next, Jill asked him, “Oh, you mean the Statue of Liberty?”  So, Israel says, “Yeah I’m the Statue of Liberty.” Then he asks Jill, “When did it die?” Well, the conversation gets a bit funnier than that, and it explains those laughing emojis.

Kids making us all laugh, Israel’s got a good one for fans

The conversation progressed, and Jill Dillard wrote that she spoke to Israel and asked, “Did you ask, when did the Statue of Liberty die?” Israel agreed that’s what he wants to know. So, Jill explained, “Well, the Statue of Liberty’s not actually a person,” adding, “but it does look like a person, doesn’t it?” Little Israel totally agreed with his mom, saying “yeah.”

So, nice one little Israel. Kids’ perspectives so often bring us an amusing or even hilarious moment and laughter’s good for the soul. In fact, it’s no wonder we often get a laugh from kids saying funny things. The Oxbridge Academy website explains, “You may…have forgotten that children tend to see the world completely differently to adults. Children’s views aren’t necessarily wrong, though – in fact, there are a few things we can learn from children when it comes to interpreting, and interacting with, the world around us.”

Kids and why Israel thinks the statue lived

Jill Dillard’s son Israel’s not unfamiliar with death. After all, his gramma, Mary Duggar passed away this year. National Geographic explains that Israel’s at an age now where he can probably understand the finality of death. Setting aside the religious beliefs of the family, he probably knows his gramma’s gone for now. They cited a study that indicates, “Children begin to grasp death’s finality around age 4.”

Probably, Israel learned from visiting other monuments, that some people die and statues get left behind. Whatever, without all the child psychology behind the fact, Israel hilariously thought the Statue of Liberty was a real person, who died. It’s funny to us and gives us some laughs, but Jill Dillard’s son’s logic makes perfect sense!

Did you think that anecdote about Israel by Jill Dillard was hilarious? Did Israel make you laugh? Sound off your thoughts and your own funny kid moments in the comments below.

Remember to check back with TV Shows Ace often for more news about Israel, Derick, and Jill Dillard.