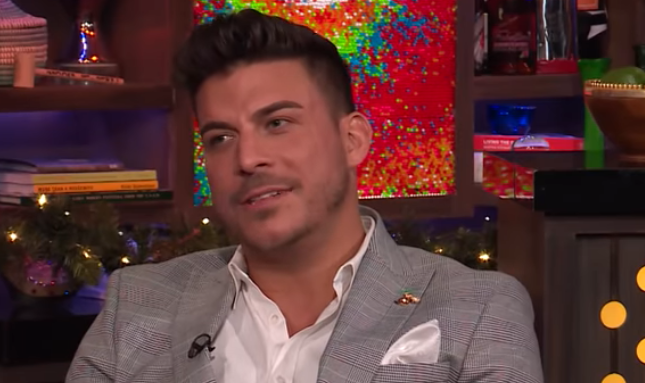 After her exit from Vanderpump Rules, Billie Lee didn’t have any love lost for Jax Taylor. In fact, the former reality star labeled him an awful person.

With Jax Taylor allegedly making some, “alarming,” statements off-camera about her, fans expected him to defend himself. Previously when speaking of her exit she had stated one of her co-stars was impossible to work with. According to Reality Blurb when she posted about her exit from the show she referenced a male co-worker’s comments.

Billie Lee stated this person, “didn’t feel comfortable working with her.” She said the comment the male co-star made was, “I’m not gonna lose all I have worked hard for something stupid I may say or do to offend her. Are we all supposed to tiptoe around her because she’s trans?”

How Did Jax Taylor Respond To Being Called An Awful Person?

In response to the allegation he’s an awful person, Jax told Too Fab, “Billie Lee? Who’s that? That’s my response. I don’t know who that is.”

He said “I am an a**hole, she has that right. I am who I am. Alarming things, though? I don’t know about that.” He had previously said of Billie Lee not being invited to his wedding, “I pretty much invited every gay person I knew, except Billie, you can be mad at me all you want for that one I don’t care,” he said on Twitter.

Billie reminded him she wasn’t gay but trans. She felt sad he didn’t seem to know the difference. Jax wasn’t really worried about how Billie Lee felt or what anyone thought of his comments. Billie Lee, for her part, didn’t care she wasn’t invited to the wedding. She stated he was close-minded and too negative.

Happy #nationalsisterday @jennylynn1884 I know I am a day late, but I love ya so much!!! Thanks for putting up with my crap all these years! #brothersistasoul #loveyou

The Vanderpump Rules Star Is Seen Without His Wedding Ring

In addition to fighting with his co-stars, Hollywood Life suggests Jax Taylor may be facing marital issues. The star was photographed riding his scooter without his diamond eternity band. In the photo, he looks tired and upset, but as is often the case he may just be tired of getting photographed.

Sources also said he was witnessed taking some things out of a U-haul. These two things combined point to trouble in paradise, but fans hope it’s just being taken out of context. After such a fairy-tale wedding with all their friends, it seems a shame for it to go south so quickly. Jax Taylor did a post on Instagram just last week with Brittany. He captioned it, “my partner in crime for life!” Hopefully, this is just a rough patch in his life and he’ll look happy again soon.

TV Shows Ace was able to figure out that Jax actually leaves the ring off all the time and has since they got married. Hopefully that means that all is well in his marriage.