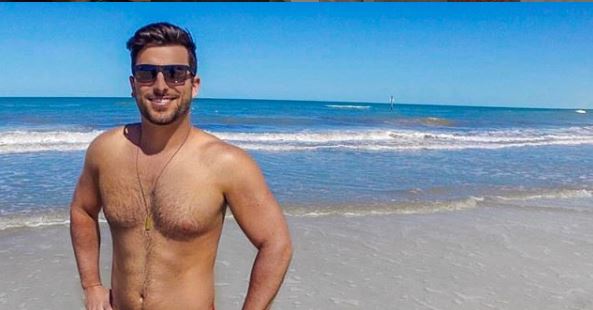 Some fans have praised Demi for smashing boundaries for showcasing her relationship with girlfriend Kristian on BIP. But she is receiving lots of criticism from others her for “breaking the rules” of the supposedly heterosexual dating show. One Paradise alum, Tanner Tolbert especially has an issue about how Kristian was introduced to Season 6 of BIP.

Nick Viall congratulating the franchise on its first same-sex couple on an Instagram post. Tanner, 32, responded, giving his two cents on why he’s not a fan Kristian was brought into Paradise weeks into the show.

“I’m truly happy for Demi… and think it’s great that the franchise is raising awareness,” Tanner wrote. “Just wish that if they wanted to showcase this, they would have cast her girlfriend from day 1 so we wouldn’t have to watch all the ‘acting’ on how we got to this point.”

He continued, “I wish them the best but also want to feel like I’m watching an unscripted show …”

Is Tanner Tolbert Trying to Stay Relevant & in the Media Now that He’s a Married Dad of Two?

Tanner Tolbert does have a point. But keep in mind that just last week, Tanner had publicly called Demi out on social media. He compared Demi to Jed Wyatt for both leaving girlfriends back home. Tanner claimed that she had orchestrated for Kristian to come to Paradise. After that since been deleted tweet, Demi, as well as bestie Hannah, denied that she and Wyatt were at all similar.

Demi told ET’s Lauren Zima that she started casually dating women during her freshman year of college, but didn’t share that with contestants while she was on The Bachelor on Colton Underwood’s season. “I was afraid of what they might think. I didn’t know these girls,” she recalled. Once she felt comfortable with some of them, she opened up.

The Same-Sex Couple Do Have a Connection Through Bachelor Nation

“We were just two humans enjoying each other’s company. I had always known that I was gonna go on Paradise and I was upfront with her about that when we first met. So we both agreed to keep it open and non-exclusive.“

As for those questioning why the couple didn’t leave the show after their reunion, she simply said,

“It was just a great opportunity for us to get to know each other more and explore the relationship at such a magical place.”

Viewers will have to continue to tune in to Bachelor in Paradise to see if their relationship remains magical and if they are one of the couples who do get engaged.