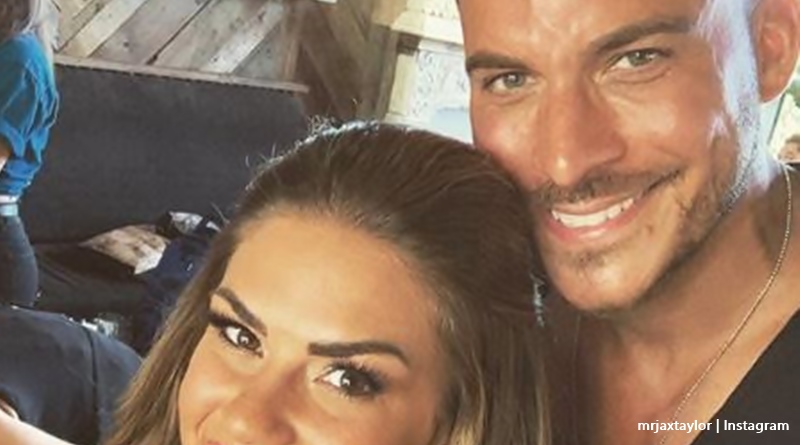 Vanderpump Rules fans heard that Jax Taylor got unfollowed by key cast members Tom Sandoval, Ariana Madix, Kristen Doute, and Scheana Shay. That’s a big chunk of the cast to be at odds with, so they wonder what’s behind it all. Now, a source revealed that it all started over the wedding. The rumor allegedly involves the choice of Lance Bass as their officiate.

The details of Brittany and Jax Tayor’s wedding came out on mainstream and tabloid media. Kicked into high hype, every little detail got scrutinized. Word of a change of wedding officiate came after Lisa Vanderpump, opted out. And, fair enough, her mom died, so she had a lot on her plate. In fact, at one stage fans thought the star of Vanderpump Rules wouldn’t make it to the wedding.

Lance Bass happily took on the job in her place, but some of the cast indicated their unhappiness. Originally, Jax hired a pastor. But E! News reminds us that he “bowed out following a backlash against the anti-LGBTQ+ comments he made years prior.” Allegedly, Tom and Ariana believed that Jax just went for Lance Bass for his “celebrity” status. Actually, that criticism, if true, most likely lit a fire under Jax. After all, it was his wedding.

Possibly, Jax became annoyed as his wedding got covered by television and took many decisions from him. Vanderpump Rules scored big and bodes well in the future. For people with mid-level celebrity status, the publicity was huge. So, maybe Jax felt he never had enough say in his own wedding. Therefore, cast members getting in his face about his choices probably smarted somewhat.

When you work in such an enclosed environment as a TV show, much of your life involves friends and not-so-close co-workers. With Tom and Ariana in Jax’ dog-box, so too went Kristen Doute and Scheana Shay. However, it looks like Jax still gets along fine with Stassi Schroeder and her fiancé Beau Clark. Plus there’s Lala Kent, Katie Maloney, and Tom Schwartz.

So far, the old bad-boy of the show seems on very good terms with Lisa Vanderpump, ‘Queen’ of the Vanderpump Rules show. Really, that’s probably the most important relationship outside of Brittany for him right now. Fans of the Bravo show look forward to a new season of Pump Rules. No doubt it’s explosive and exciting, as Stassi said on her Straight up With Stassi podcast, “The drama is killing me. I can’t anymore.”

Do I need a caption? of course I do, so happy for my friends @stassischroeder and @thegoodthebadthebogie . 📸 : @brittany

What do you think about the rumor that Jax unfollowed or got unfollowed by key cast members over the wedding officiate? Do you think their criticism rubbed him the wrong way as it was his decision for his wedding and not theirs? Sound off your thoughts in the comments below.

Remember to check back with TV Shows Ace for more news about the cast and the upcoming season of Vanderpump Rules.