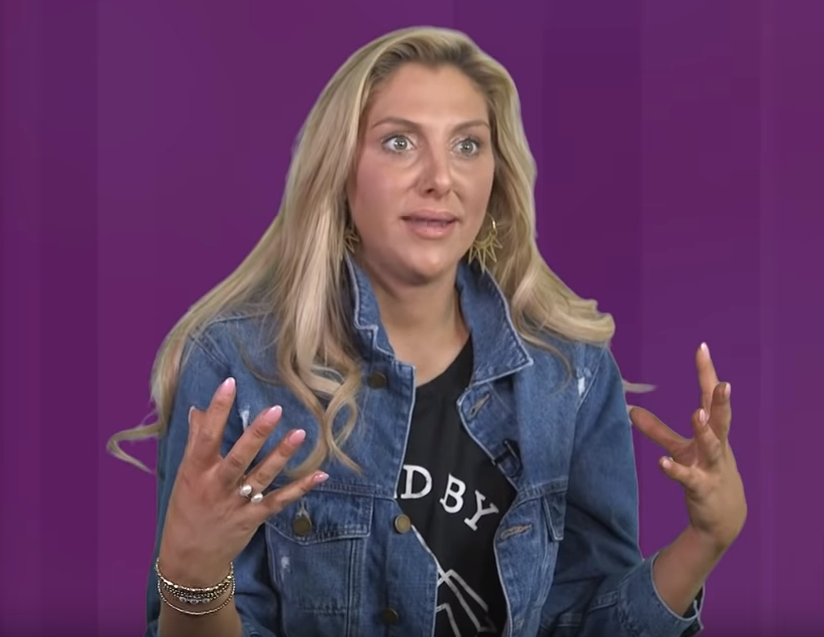 Even before Gina Kirschenheiter joined the cast of The Real Housewives of Orange County, her relationship with Matthew had issues. Gina claimed her estranged husband had had an affair before they split up.

“We moved here, Luca was, like, 4 months old and he had an affair. “so we tried to work through it the best we could. Therapy opened our eyes to other problems in the relationship,” an emotional Gina told costar Emily Simpson on Tuesday, August 20, episode.

Gina desired to “protect her kids,’ but she couldn’t hold in the secret when she found out that Matthew is “still seeing” the woman he had the affair with.

“I found a Valentine’s Day card. … They think they’re in love,” Gina expressed to Emily. “Finding the card felt like the day that I found out about the affair in the first place. … I’ve just been carrying it around for so long and not being able to talk about it. It does feel good, at least, to just say it and try to heal from it.”

Matthew never appeared on RHOC and has yet to comment on what his estranged wife had to say about him on Tuesday’s episode.

Us Weekly stated that Matt “really hurt” Gina when he strayed from their marriage.

“She really told almost no one when it happened to shield her kids,” the source explains, noting that she’s in a better place now. “Gina Kirschenheiter has been dating around, she got a new hairstyle, makeup style and has been getting her confidence back.”

The Two Share Three Young Children Who Are Affected

Matthew and Gina wed in 2010, have two sons, Nicholas, age 7, and Luca, age 4, and one daughter, Sienna, age 5. Gina and Matt announced their split a week before Gina’s Bravo debut in 2018. There was a brief reconciliation during the filming of Season 14 of RHOC.

In June of 2019, after Matthew was arrested on suspicions of domestic violence on June 22nd, they broke it off again. Court documents stated Gina Kirschenheiter claimed that Matthew was abusive during their relationship which he denied. In court Gina subsequently granted a restraining order, which will remain in place until a court date in January of 2020.

The couple will remain married until December 31st, 2019 after resolving issues regarding joint properties and more. Earlier this month, a judge agreed to the dissolution of the marriage. This will become effective at the end of this year. The couple has developed a custody agreement: primary physical custody of all three children will belong to Gina, sharing legal custody with Matthew. He has also been ordered to pay her upwards of $10,000 a month in child and spousal support.