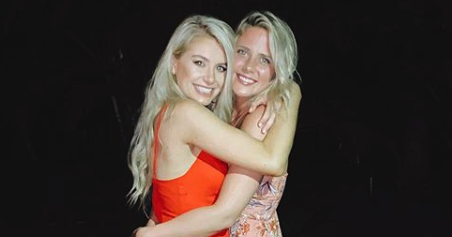 This summer on Bachelor in Paradise has been one to remember. Men have been kicked off for fighting, people have ganged up on others and now, Demi Burnett is talking about one of the most intense parts of the season yet, her coming out bi-sexual.

Demi Burnett Speaks Up About Bachelor in Paradise

Demi Burnett revealed how she felt coming out as bi-sexual and spending time with her girlfriend on camera during her time on Bachelor in Paradise. Turns out, she was pretty scared, USA Today says. Demi has revealed that she was even nervous about kissing on camera until Kristian Haggarty got there that is.

Demi does seem to have gotten over this fear pretty quickly as the two were all over each other after the arrival of Kristian.

The Bachelor alum even said she made sure to tell her step-mom first. She already knew that Kristian would be a hot topic while she was on Paradise and didn’t want everyone finding out through television. This summer was a huge one for Demi.

“I wanted them to hear it from me first,” Demi said. “I had been putting it off for so long because I was scared of their reaction, because I do come from a very conservative family… They couldn’t have been more supportive. They are the MVPs. They have made me feel nothing less than I was before I told them. They made me feel even better about it… Open arms, embracing me.”

Not everyone is happy…

It doesn’t seem like everyone is happy that Demi’s girlfriend came to paradise though. A lot of people have taken to social media to explain it doesn’t make sense that someone who isn’t part of Bachelor Nation is there. Not only that, but why are all these people who are already in relationships on the show?

This definitely makes sense. Bachelor in Paradise is a place to get a second chance at finding love. However, Demi did say on the show she needed this time to find out if Kristian is really what she wants. Looks like she certainly is.

What do you think of Demi’s girlfriend arriving in Paradise? Let us know if you love it or are upset in the comments. Be sure to watch new episodes of Bachelor in Paradise every Monday and Tuesday night. It doesn’t look like the drama will be stopping anytime soon. You don’t want to miss it!