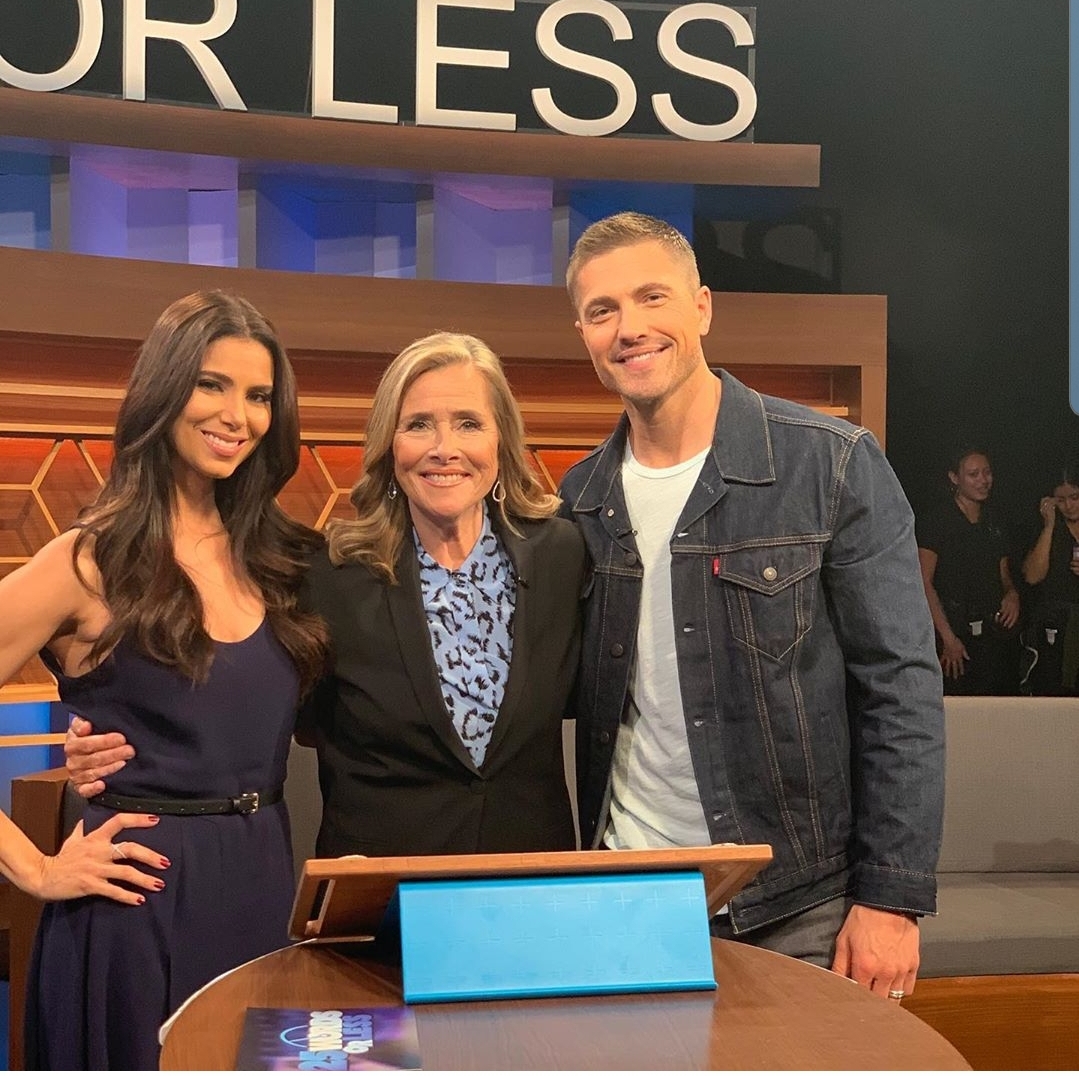 Star of the ABC drama The Rookie, Eric Winter, recently made an appearance on Fox’s new series 25 Words or Less. Winter, known for his role as Officer Tim Bradford on the series The Rookie, competed on the game show alongside his wife Roselyn Sanchez. Eric shared his experience on his Instagram page @ebwinter.

You know we love us some game nights! Had a blast on @25wordsorlesstv with @meredithvieira and @roselyn_sanchez She did pretty well… at times 😜 #competitive 💪🏼👏🏼 coming to @foxtv

25 Words or Less is a game show hosted by Meredith Vieira and is in its second season. The rules of the game are simple.

“25 Words or Less includes two teams comprised of celebrities and civilians against each other in a fast-paced word game with a top prize of $10,000. In the beginning rounds of the game, after a frenzied bidding session, one team member provides clues to two partners to help them guess a list of five words using fewer than 25 clue words. In the final round, the contestant who has earned the most points has 60 seconds to get his partners to guess 10 words using only 25 words or less.”

Vieira is best known for hosting Who Wants to Be a Millionaire from 2002 to 2013. Most may not realize that Vieira spent more time hosting the iconic game show than Regis Philbin, who hosted from the shows premiere in 1999 until its syndication in 2002. Vieira went on to host The Meredith Vieira Show on NBC for two seasons from 2014 until 2015.

ABC’s The Rookie has taken some backlash after recent sexual harassment allegations made by Afton Williamson who played Officer Talia Bishop. Williamson made the claims on her Instagram page, but had stayed quiet since her last statement on August 13th. ABC Studios has also remained quiet about the allegations merely responding to the allegations by saying,

“The allegations involve a production from Entertainment One. In late June, eOne made us aware and informed us that they launched an investigation that is ongoing. The safety of working environments is a top priority for us, and we take this matter very seriously.”

ABC Studios are not the only ones remaining quiet. The cast of The Rookie has yet to comment on the allegations. Winter has been busy with modeling gigs and game show appearances. Even leading actor Nathan Fillion, Rookie Officer John Nolan, seems to be more concerned with gum than supporting or even refuting the allegations made by his fellow co-star.

Is bubblegum still flavored with spider legs? Asking for a friend. #kidfacts

It will be interesting to see where this story will lead in the following months. Keep following TV Shows Ace to learn more.