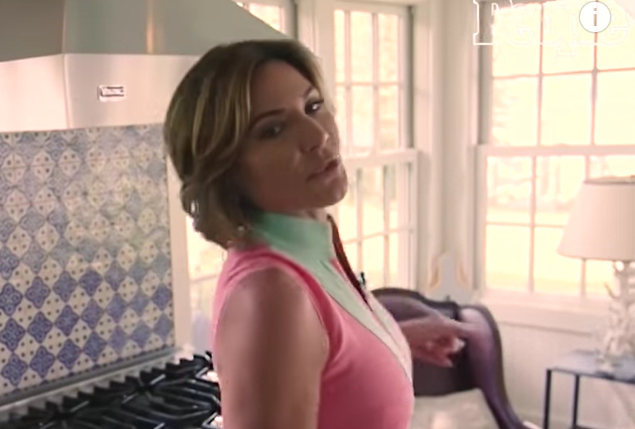 Luann de Lesseps from RHONY has a new goal. She wants to be the next Bachelorette. In an article on OK Magazine the reality star is asking why not? She says, “what about our age group?” The Countess would make an interesting Bachelorette for sure.

During a sit-down with Jerry O’Connell the RHONY star said we all love The Bachelorette. She asked the audience, “Who wants to see me get matched up? You know, I’m not an online dating person.”

Would The RHONY Star Be A Good Bachelorette?

She also talked about her battle with sobriety and the new memoir she is writing. Luann has been married twice so fans might want to see her find true love. She talked about her struggle saying, “Next week it will all be over for me. I’ll be done with probation and that horrible night will be over with. It’s not been easy.”

Fans responded to the Instagram post of her from the show. She wore a long glittering dress and long gloves. Most of her fans agreed the fifty-four-year-old looked stunning. The Feeling Jovani singer was in good spirits and looking forward to the future.

Did Leann De Lesseps Reveal There Is A New Cast Member?

On an interview with Michelle Collins from Sirius XM Leann confirmed a new RHONY cast member could be on the way. According to US Magazine when Collins said she heard a friend of Luann’s ex-husband Tom was going to be joining them, she said no. Luann stated Bravo has other plans than Missy Pool.

Of course, she couldn’t give much more than that saying only, “I think they already cast somebody else. Can’t tell you who but I think they did.” Luann smiled coyly and revealed nothing to the audience about the newcomer.

This comes after Barbara Kavovit was asked on Instagram if she’d be returning and she replied, “don’t think so love.” Barbara had previously said she would return if the producers asked her. She’d been featured in a friend role during last season. It will be some time before fans can find out who the new cast member is but they’ll have fun speculating.

Despite Controversy Chris Harrison Not Cut From ‘The Bachelor’ Tonight
‘Vanderpump Rules’ Season 9 Ready To Roll? Andy Cohen Shares Update
Did Briana DeJesus Leave ‘Teen Mom 2’? Here’s the Official Answer
Jill Duggar Opens Up About How Therapy Has Changed Her Relationships
Kody Brown Wonders If He’s The ‘Drama Problem’ In His Family