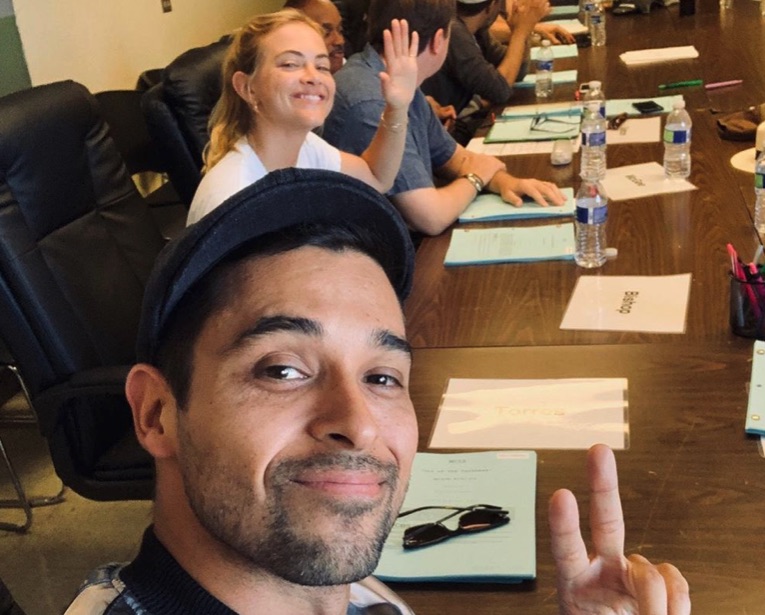 Ziva David Is Back For NCIS Season 17!

After being presumed dead for several seasons, Ziva David is back at NCIS. But who knows she is still around?

Last season, only Bishop knew that she was alive, until the final scene of NCIS Season 16.  Ziva showed up at Gibbs’ (Mark Harmon) place and warned him that his life was in danger. The season ended with Leroy Jethro Gibbs saying “Ziva.” So at this point, only two people know that she is alive. Will she remain under cover?

Based on Wilmer’s Instagram post that included him, Cote and Emily, it is clear that Agent Nick Torres knows Ziva David is alive–and they are working together! So, who else will know she is back, and still not compromise her safety? You would think that Ziva’s former co-workers Ducky (David McCallum) and McGee (Sean Murray) would be first, but right now, it looks like as though Bishop and Torres are in on her secret.

Summer is just getting started but that can’t stop daydreams of fall premieres. #NCIS @tvguidemagazine cover story on newsstands now. 🍂🍂🍂

NCIS showrunners Frank Cardea and Steven D. Binder have only promised that Cote de Pablo will reprise her role as the NCIS agent for the first episode of Season 17. Yet, they have not dismissed the idea that the actress could be back for more episodes. There is a possibility that Ziva will be included in a few episodes, but Torres and Bishop will be the ones solving the case, based on Ziva’s information.

There could be more. Ziva’s presence and secret could be that spark that finally gets the Torres-Bishop romance going. The writers have been slowly trying to push the two into a relationship. Could Ziva’s secret be the catalyst?

Do you think Nick Torres will be the only one that knows about Ziva, besides Gibbs and Bishop? What do you think will happen in NCIS Season 17? Share your predictions and be sure to come back to TV Shows Ace for the latest on NCIS. NCIS Season 17, featuring Cote de Pablo as Ziva David, will return on September 24 on CBS.

Mike Youngquist’s Uncle Beau Gets Brutally Honest, Natalie Is A Slob
‘Outer Banks’ Season 2: When Is It Coming To Netflix?
Khloe Kardashian Claps Back Once Again Over Plastic Bottle Controversy
Joy Forsyth’s Son Gideon Goes From Excited To Terrified In Sweet Video
Bekah Martinez Shares Her Heart-Stopping Moment With The Kids