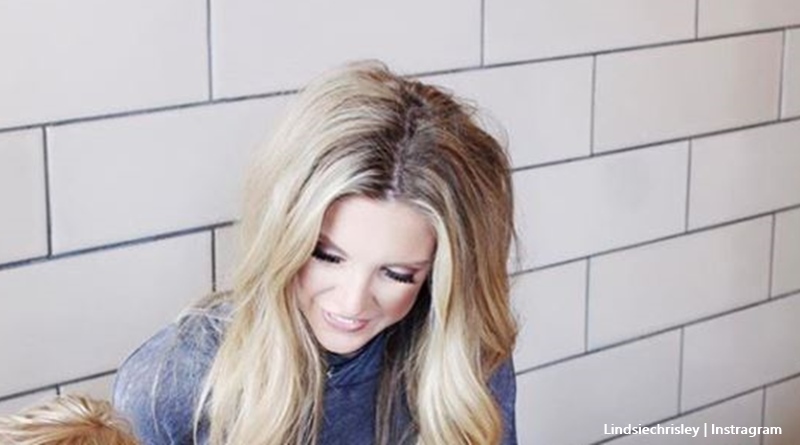 Lindsie Chrisley and her estranged father appear far from reconciliation. She alleged that Todd and her brother threatened her with an intimate tape. She claimed they’d release it if she didn’t tell a lie for them. We don’t know what the lie was, but Lindsie can’t say too much. Nevertheless, she’s talking more about the alleged extortion allegations to the media.

The allegation of extortion by Lindsie come during the high-profile case against Todd and his wife Julie. The couple turned themselves in and later got released on bail. While their attorney’s confident they’re innocent, Todd also spoke out against Lindsie and her claims of extortion. Speaking to Inside Edition, Lindsie says that she thinks “it’s disgusting,” that her father talks about her and marital affairs.

In fact, Lindsie claims that she “never consented to a s*x tape.” She adds, “it was not made by me.” Todd, however, accused her of affairs with “two Bachelorette stars,” Inside Edition noted. Todd said, “it’s sad” adding they tried to keep it all “private for her sake.” However, Lindsie Chrisley “can’t answer that,” when asked if she dated either of them. But, her attorney feels Todd’s trying to “deflect” from his tax evasion charges. He notes that
the first thing he does” after his indictment is “come out and slut-shame his daughter.”

More about the extortion by Lindsie and her attorney

While Lindsie feels “reality Tv can bring out the best in people,” she notes it can also “bring out the worst in people.” In addition to Inside Edition, Lindsie also spoke to Fox 5 News about the drama. She said, “I have to protect myself and my kids.” She added, “if you’re threatened by something potentially criminal, then I feel filing a police report was the right thing to do.

She said her “relatives leveled a plot against her,” Fox narrated. It allegedly came “ahead of their federal indictment.” Fox refers to a TMZ report where Todd and her brother Chase, “threated to blackmail her with a s*x tape if she didn’t “lie about an incident.” While we don’t know if that alleged extortion related to the current issues Todd faces, but Lindsie told Fox 5 that she has “reason to believe, yes.”

TV Shows Ace reported that Lindsie believes her father’s not interested in a reconciliation. We noted, “Todd Chrisley said, “As I’ve said all along, Lindsie is my daughter and I love her, and that’s not going to change.” However, behind the scenes, she maintains that’s not the case. He puts on a show for the public about how much he cares, but he’s never shown her he wants to reconcile.”

What do you think about Lindsie Chrisley talking more about the extortion allegations against Todd? Do you think the prosecutors in the tax evasion case may use her evidence against her own father? Sound off your thoughts in the comments below.

Remember to check back with TV Shows Ace often for more news about Todd, Chase, and Lindsie Chrisley.