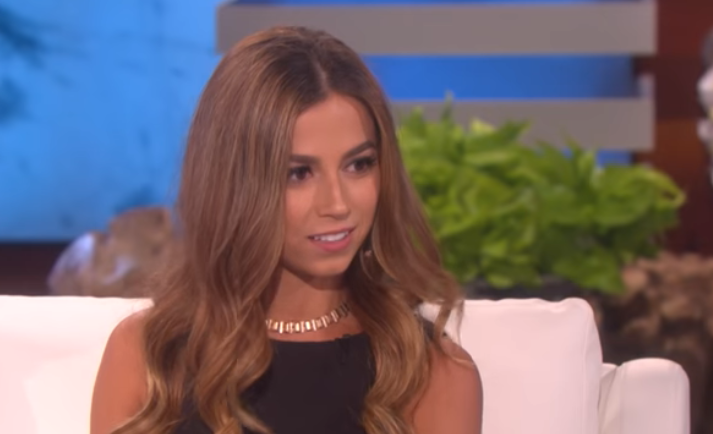 Bachelor nation can be a little passionate about who they like and who they don’t like. Bachelor in Paradise star Kristina Schulman is figuring that out after giving her rose to Blake Horstmann. After Hannah G picked Dylan Barbour instead of Black, Kristina gave him her final rose. Social media went a little crazier than usual.

A lot of fans do not like Blake Horstmann and they have been vocal about it. Kristina Schulman should be able to do what she wants on the show without getting threats on her life, which is exactly what happened after the episode aired.

Twitter was ablaze according to Cosmo and the memes were endless. The worst part of the whole thing being Kristina Schulman received death threats. Not just one, tons. Kristina went to her Instagram story to address her concerns and feelings about all the hate she was receiving.

me. when someone asks about my love life in #bachelorinparadise ⁣⁣ ⁣⁣ now taking better captions #sendhelp⁣ 📸: @julielaplaca

What Did The Bachelor In Paradise Star Have To Say?

In a post on her Instagram stories, Kristina Schulman posted a quote from Yung Pueblo. It read, “ask yourself often. Am I observing the situation accurately or am I projecting how I feel onto what is happening?”

She comments on the amount of hate she received saying, “After last night’s episode of Bachelor in Paradise I was in shock about how much hate mail I got. But that’s not what struck me the most – what did, is how many Blake haters are out there.”

Kristina went on to say she wasn’t sure if they hated what she did or they hated Blake and took it out on her. She said, “we, as contestants on this show opened up our lives… for your enjoyment and criticism, but death threats are unacceptable.” The reality star thanked those who chose to spread love instead of hate.

A post on Screen Rant said they thought Kristina Schulman kept Blake around to get revenge on him. Since becoming the one fans love to hate, Blake has hooked up with contestants on and off the show. The article posits she kept him to watch Hannah G and Dylan’s relationship grow. She did state on the show Blake would be in his own, “personal hell,” watching them succeed. Fans still think she kept him around because she’s still into him. Everyone will just have to wait and see how the season goes.