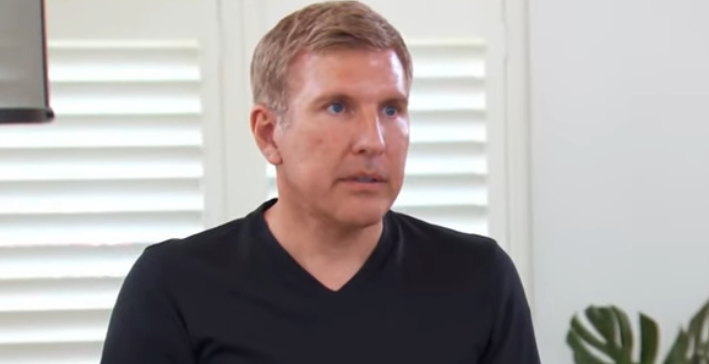 When Todd Chrisley and his wife Julie walked out after paying their bond, the media was waiting. The two had paid $100,000 each to get out of custody. They surrendered their passports and were told not to go out of Georgia and Tennessee without letting their probation officer know. The two emerged to cameras stoic and well-dressed.

The news immediately tried to get the Chrisley’s to talk, but their lawyer spoke for them. “We are pleased the matter has been resolved today and they’ve been released on their own signature. They’ve been dealing with this since 2012 and we’re going to fight it,” he said. “We’re going to win. They are innocent of all charges.”

Todd Chrisley Did Have A Message For His Fans

Initially, they said to direct all questions to their lawyer. The media kept on pushing for him just to give a message to his fans. Todd Chrisley said, “We stand in our faith and what we know is right fortunate to have the counsel we have and we’ll walk this road because we know the good Lord will take us through.” The two smiled and stated they were sticking by the posts Todd Chrisley made on Instagram. The post went into the legal trouble they knew was on the horizon and they said it was because of a former employee.

Walking past the media holding hands with his wife, Todd Chrisley was still wearing a boot. The reality star had hurt himself in an accident running across the tiles around his pool. He had spoken about it on his podcast and said it would be a long recovery. Pictures and witnesses from the courtroom said the reality stars were not handcuffed during their hearing. The large smiles on both their faces indicate they truly have faith in their lawyer that everything is going to be okay.

While dealing with the tax evasion charges Chrisley is also dealing with accusations from his estranged daughter, Lindsey Chrisley. The former Chrisley Knows Best star just hired security according to TMZ. She had her security with her as she left her attorney’s office on Monday. Sources say she’s not hiding the fact her family may come after her. Both sides are adamant they’re telling the truth. Todd continues to say he loves his daughter and her accusations are unfounded. Who knows if this family can be repaired even if all charges against them are dropped.

Courtney Waldrop Calls Life With Eric Incredible – Celebrates HUGE Day
‘LPBW’ Tori Roloff Opens Up About Miscarriage, Hopes For Another Baby
OMG! Is Kendra Caldwell’s Parents’ New Baby Okay In This Photo?
Which ‘RHOC’ Alum Could Return As ‘Friend’ Of The Housewives?
‘Renovation Island’ Resort: How Much Does It Cost To Stay?