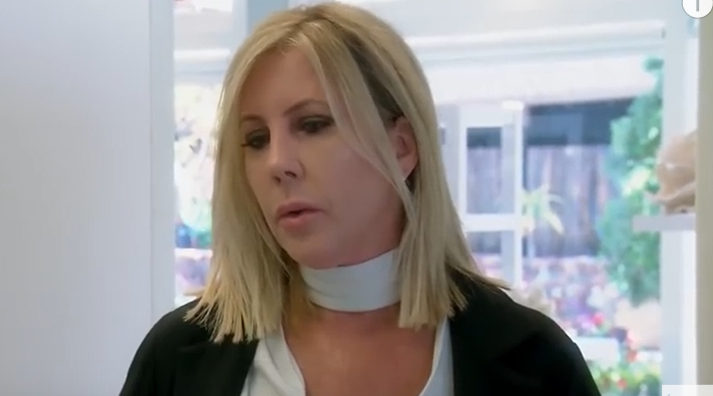 Now, Tamra is coming out to set the record straight about why Vicki got demoted. Rumors have flown that it was everything from her cocaine allegations against Kelly Dodd to her just outgrowing the part. According to OK Magazine, Kelly said, “the OG of the OC looks like the human version of AARP.”

In a previous post on Reality Blurb, sources said the reason producers didn’t bring her back was because of her age. She tried to negotiate her full-time role for the new season. The producers resisted because they are trying to appeal to advertisers that look at an age range of 18 to 49.

Recently a fan asked on Tamra’s Instagram if the real reason Vicki Gunvalson got demoted was because of her drug allegations against Kelly Dodd. Tamra responded, “No, that has nothing to do with it.” Now it could be the age thing because she didn’t respond to that accusation.

Tamra put a picture of the Tres Amigas from RHOC up on her Instagram which you can see below. It’s a photoshopped shot of herself, Vicki, and Shannon Beador. The three are post plastic surgery and it’s captioned The Face Amigas. The three have been very open about their plastic surgery. Tamra thought the post was hilarious having posted it from Faces By Bravo.

Fans had mixed emotions with a lot of them thinking she was the one who photoshopped Vicki Gunvalson and herself into the photo. Fans should find Tamra endearing because she’s able to laugh at herself.

There’s no doubt Vicki Gunvalson continues to bring the drama because she still does as a friend. In a clip from Episode 3, Gina Kirschenheiter confronts Vicki about calling her a jailbird. She’s being confronted by three housewives after Kelly leaves the housewarming Tamra was having. Vicki says she never called her a jailbird and that’s a lie.

Unfortunately for Vicki, Gina saw the text so she knows she’s lying right to her face. Vicki Gunvalson may never be a full cast member again but she’ll probably stick around as long as she continues to bring the drama.

Don’t miss new episodes of The Real Housewives of Orange County on Bravo.