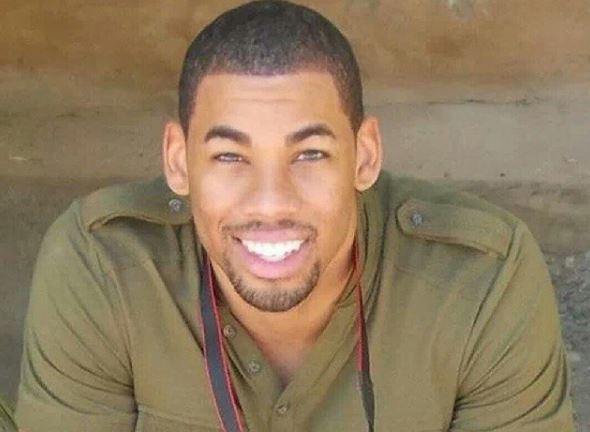 As we had reported at the beginning of the month, Mike and Peter had been tied for the role of the next Bachelor. That was prior to Mike being on Bachelor in Paradise (BIP). Hate to say this, but Mike has been pretty lackluster in Mexico. He really does seem like a man who is searching for his one true love and not dating 25+ contestants.

Mike Johnson doesn’t even think he will get the job

This Monday, Augst 20, Mike told ET’s Lauren Zima that his money is on another man getting the gig.

“I think the Bachelor would be Peter [Weber]. Based on [the fact that] history repeats itself. I think Peter looks the part… when he gets a 5 o’clock shadow, he looks good too. I think that Peter’s family is terrific. I’ve hung out with his brother, he’s awesome. His mom, you know, he’s got a little Spanish flair. I think that Peter and his family are just great. He’d be a safe Bachelor, meaning that he won’t do anything crazy obnoxious. I think it’d be a good, safe, clean season if he were the Bachelor.”

It seems as if the two biggest things that Mike has going for him is his megawatt smile that lights up the whole tv screen, as well as his ethnicity. If he were to get the role, it’d be historic; he’d be the franchise’s first black Bachelor.

You know I was thinkn the other day abt the art industry & how it's funny to me. Art is all about perceived value, right? …make sure you know your worth 🙌🏽

Diversity is important to Bachelor

At ABC’s Television Critics Association summer press tour earlier this month, the network’s president, Karey Burke, said diversity was something that was important to the franchise.

“I will say this — I do think the show has worked hard to increase diversity in its casting and is continuing to evolve,” she shared. “And as it evolves, we’ll continue to see more diversity from the franchise.”

While Mike hasn’t had conversations with producers about becoming the Bachelor, but he has spoken with Rachel Lindsay, the first black Bachelorette. He feels well-equipped to handle the pressure that comes with such a big milestone.

Wait just a minute, Peter and Mike before you think you’ll be the one handing out all the roses

As we learned from both Colton Underwood and Nick Viall, sometimes a Paradise appearance pushes a man into the Bachelor frontrunner spot. Many fans are now clamoring for Derek to be the next Bachelor.

Deciding to return to BIP was not easy. When I was first asked, I didn’t think I was ready to face my many anxieties, especially pain from memories of a relationship I thought was going to last forever. I also had my job to consider. How will my clients perceive my continued connection to a reality show? Friends warned against the possibility that I might be edited with some new personality just for a viewer twist. All that said, I’ve been struggling to find someone to romantically connect with who appreciated me for just me and didn’t make so much of my experiences (whether good or bad judgement) in reality tv. As you can see…the opportunity for openness won out over the fear. I changed that worry into excitement at the chance to be around a group of amazing women who I could potentially find a real match with as well as that chance at more lifelong friendships. The beauty of paradise is that we’re all in the same weird boat together. Nobody cares if you were once on a show because they were too. Catch y’all tomorrow on the beach!!! 🏝

After everything he’s endured this season with Demi and her big bi-sexuality storyline, it would be the ultimate consolation prize for Derek. And hey if Demi is still confused, she can always come back on the Bachelor again! He also treated Demi incredible when she told him that she was seeing a woman before coming to Paradise.

On Bachelor/Bachelorette/Bachelor In Paradise Spoilers Facebook Group, one fan wrote, “Mike would be safe as well. Now Derek, he would be something else.”

Would you like to see Derek Peth as The Bachelor? Or are you #TeamPeter or still holding out for Mike? Don’t miss The Bachelor when it starts airing on ABC in January. You can also catch a new episode of Bachelor in Paradise tonight and every Monday and Tuesday night for the rest of summer.