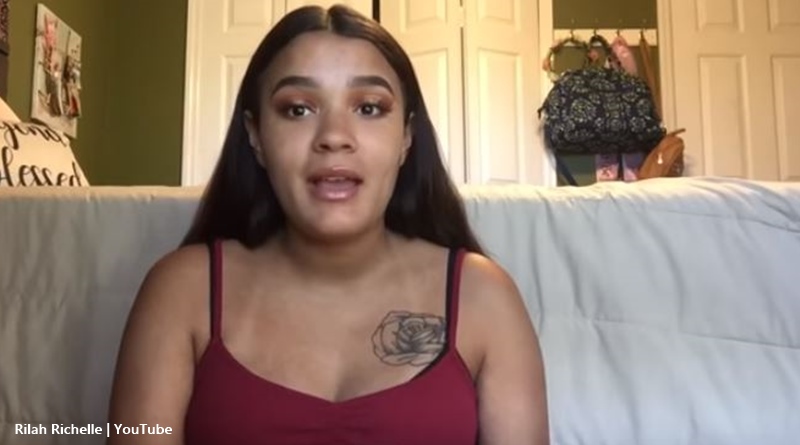 Unexpected Season 3 introduced us to Rilah, pregnant and 16. Her mom Rosa supported her even though she previously warned her an unplanned pregnancy meant chasing her out of the house. Cute little Malayah Nathalie Vanelli arrived on June 15 this year, according to Rilah’s Instagram. Maybe one day she’ll ‘wow’ us all on American Idol if she grows up singing Gramma Rosa’s songs.

It turns out that Rilah, boyfriend Anthony Vanelli, and baby Malayah form part of a charting singer’s life. Starcasm dug around and discovered mom Rosa had quite a successful singing career. According to their report, Rosa’s known as “Rochelle,’ a child singer.  One of her songs, Una Chica Mas became a hit in Mexico. Later, she got “introduced to the dance music community through college radio interviews preceding her recording of Praying For An Angel.

Praying For An Angel brought some fame for the Unexpected grandmother. Her song peaked “at #32 on the Billboard Magazine’s Dance Music and Singles Sales charts.” Starcasm revealed she also toured and often performed at Chicago venues. However, Rosa never stuck with music as her main income source. These days, she’s “a nurse at an OBGYN office.” However, she still “moonlights” as a singer.

Even without her mom’s history as a popular singer, Rhilah made her own fans. Over on her Instagram, she often shares photos of baby Malayah. Plus, on her Rilah Richelle YouTube Channel, she garners many encouraging remarks from her followers. They love her maturity and one fan, Kim Luong, commented, “That’s awesome that your mom was so supportive! I feel like you are the most mature out of all the moms on the new season. Can’t wait to watch your story!”

Actually, quite a few young girls follow the Unexpected star and some of them are also pregnant. However, they draw some inspiration from her as they are too scared to tell anyone. Of course, sooner or later pregnancies come out. It’s almost impossible to keep them secret forever. So, young mom, Rilah’s helping those in the same predicament. Meanwhile, Gramma Rosa’s making a bit of a comeback. Starcasm notes, “she is now emerging as the new queen of Bachata music ready to take over the radio waves.”

What do you think about the fact that one day, when she earns to walk, Rilah Ferrer’s baby Malayah may grow up singing Gramma’s songs? Music and dance could well become an interest for the little girl. Sound off your thoughts in the comments below.