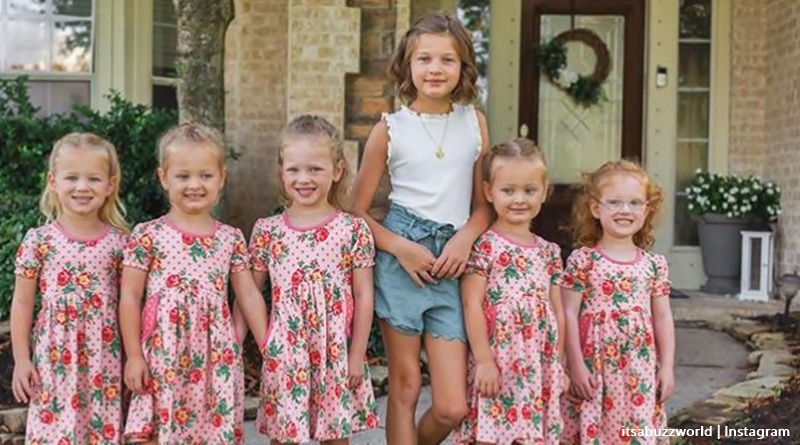 OutDaughtered quints grow up so fast. However, it seems Riley’s growing up a bit faster than others. Over on their Itsabuzzworld Instagram account, Adam shared some unexpected news. Riley went straight to Kindergarten. Meanwhile, her sisters “Ava, Olivia, Hazel, and Parker start upper rotation Pre-K.” Incredulous fans asked about it, and Adam replied, “ain’t a manual for raising quints.”

OutDaughtered quints each bring their own personality

Fans of the TLC show love that Danielle and Adam Busby encourage each of the quints to explore and develop their own personalities. Some fans seem shocked that the parents allow the quints’ separation. However, others agree it wouldn’t be fair to hold Riley back.  She’s bright and might grow bored if she’s a bit faster than her sisters.

For Adam, he admits they weighed their decision carefully. In response to many questions, he noted their dilemma. In fact, he wonders if things might change as the other girls catch up. In his comment, the OutDaughtered dad said, “we will have some more difficult decisions to make at the end of this year once they all transition to public school.”

Riley, who starts kindergarten first, tested as very smart. We saw that in a previous season. Now, we don’t know if that test helped Adam and Danielle make that decision. However, fans grow hopeful in the upcoming October season, we’ll hear more about it. Presumably, the family got loads of advice from educators. As one fan noted, “I work in early childhood education and development so I understand how Riley would be bored and that we all learn at our [own] pace.”

Other’s noted how great it is that each of the OutDaughtered quints grows up unique. And, that’s what makes life so interesting. Will Riley take to the separation from her sisters? Time will tell. In the meantime, Blayke’s already at “big school” and doing well. She just started her 3rd grade. So maybe she’s, as usual, around to give Riley some pointers.

Adam Busby responded to varying reactions by fans. He said, “It was a learning experience for us and it’s been positive since we chose to separate them. There ain’t a manual for raising quints.🤷🏼‍♂️😂 We are making the best decision that we can with the information and intuition that we have as their parents.”

What do you think about Riley starting Kindergarten first? Do you think it must have been a difficult choice for Danielle and Adam? Do you agree that they write their own story in life as there “ain’t a manual for raising quints?” Shout out your thoughts and experiences in the comments below.

Savannah Chrisley & Nic Kerdiles CONFIRM They Are Living Together?!
J. Lo Assassin Action-Thriller ‘The Mother’ on Netflix: What We Know So Far
Savannah Chrisley Secures Her Back-Up Baby Daddy: Who Is He?
Free Streamer Tubi Wants To Be Your October Halloween Scare Spot For TV
‘DWTS’ Fans Sour On Matt James — Is His Time Almost Up?