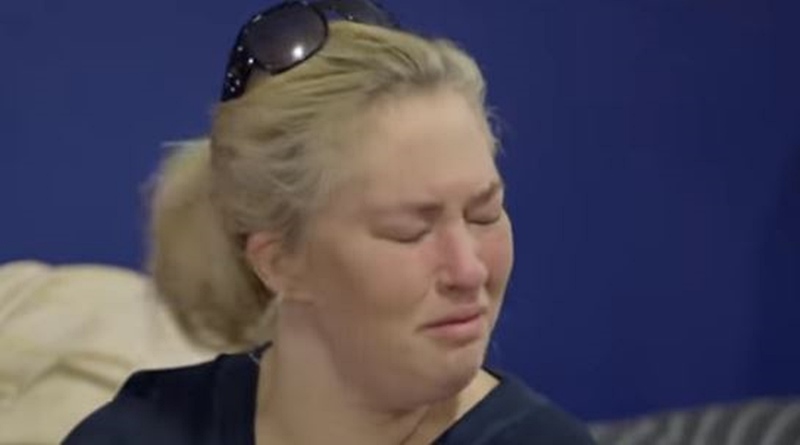 Mama June: From Not To Hot rumors run wild at the moment. It looks like June’s life in self-imposed disintegration could result in a new season on the WEtv show not being renewed. While not confirmed by WEtv, sources allegedly leaked the news to TMZ this weekend.

How much of June’s disintegration on the previous season of the show got scripted’s debatable. In fact, fans discuss on social media the possibility she’s not as bad as it looks. Yet somehow, this time around, June’s slide seems quite real. After all, you don’t fake an arrest for drug paraphernalia. You can’t fake teeth falling out your head. Plus, the reality is that Alana “Honey Boo Boo” really lives with her sister Pumpkin these days.

Recent behavior by Mama June of Not to Hot involved her holding a garage sale advertised on Facebook Marketplace. One again broken by TMZ, the story indicated she even sold the bed. While selling off stuff really isn’t unusual, this may indicate June’s facing a problem with finances. Speculation arose that she and Geno may have blown her money on gambling and drugs.

WEtv may not renew the Mama June show

In other rumors, June apparently refused any change to her lifestyle in order to keep Alana in her life. We reported, “rumors arise that Mama June could be with her daughter Alana. However, she’s not hot for the deal as she prefers staying with Geno.” Plus, reports came in that Alana’s money’s protected from June. If she really chose to flip off Alana, and really spends most of her time gambling and taking drugs with Geno, that’s a liability for WEtv.

Reality TV often shows personalities headed into a trainwreck situation. Often, as MTV did with Jenelle Evans of Teen Mom 2, they care about their stars. But, at some stage or other, cutting ties becomes the only option. The not-unreasonable idea of the show not being renewed is something TMZ also looked into. According to their source, her bizarre and troublesome behavior … “could also spell doom for her once-lucrative TV career.”

Reportedly, Mama June’s becoming a liability to the showrunners

The source that spoke to TMZ about Mama June’s disintegration noted that “show producers tried to get June help, offering to send her to rehab, but Mama refused.” Additionally “As for filming a 4th season of “Mama June: From Not to Hot,” we’re told it’s a no-go unless she takes steps to get herself out of the danger zone,” TMZ wrote.

What do you think about this new rumor that Mama June won’t get her show renewed unless she stops the disintegration and takes that helping hand? After all, without her show, she really has nothing, other than Geno. A further slip downhill might be all she has to look forward to. Sound off your thoughts in the comments below.