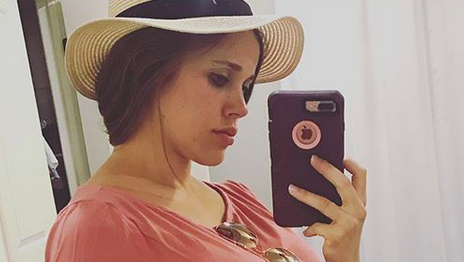 It’s not uncommon for people to take breaks from social media. Everyone needs a break sometimes. Recently, Jessa Duggar Seewald of TLC’s Counting On took an unexpected Instagram break. She last posted a photo in early July. Since then, her Instagram account had been silent.

Fans began questioning Jessa’s Instagram silence because she typically posts on a regular basis. She shares photos, videos, and other updates about her growing family with husband Ben Seewald. Between them, they have three kids, Spurgeon, Henry, and Ivy. Fans were worried about her and wanted to know what was going on. It was strange that she stopped posting.

Then, on Monday, August 19, she started sharing again. She posted a new photo of Spurgeon, Henry, and Ivy. She also shared a photo of Ivy.

In the comments, Counting On fans are loving the new pictures. For weeks, they have been commenting on Jessa’s last photo and asking for more pictures of her kids. Social media is a great way for fans to keep up with the Counting On stars.

In the comments, fans asked lots of questions about Jessa. One fan wrote, “What is wrong with Jessa?” Another added, “Hope everything is ok with Jessa! She hasn’t posted in a while”. It’s obvious that fans are concerned about Jessa’s sudden absence.

Love these guys! Ben, you are such a wonderful dad to Spurgeon, Henry, and Ivy! 🎠

In response to these comments, the Duggar family replied. They wrote, “She is doing great! Busy taking care of her little ones!”

With three young children, Jessa is very busy. It makes sense that she might not have a lot of time for social media. With everything else she is trying to keep up with, posting photos and videos is likely not her top priority.

It’s unclear whether Jessa will be sharing regularly again or not. No matter what, fans are excited to see new posts from her. Plus, they are happy to know that she and her family are safe and healthy.

What do you think of the new photo that Jessa shared? Leave a comment below!

TLC’s Counting On will return this fall. Stay tuned for more Duggar news.