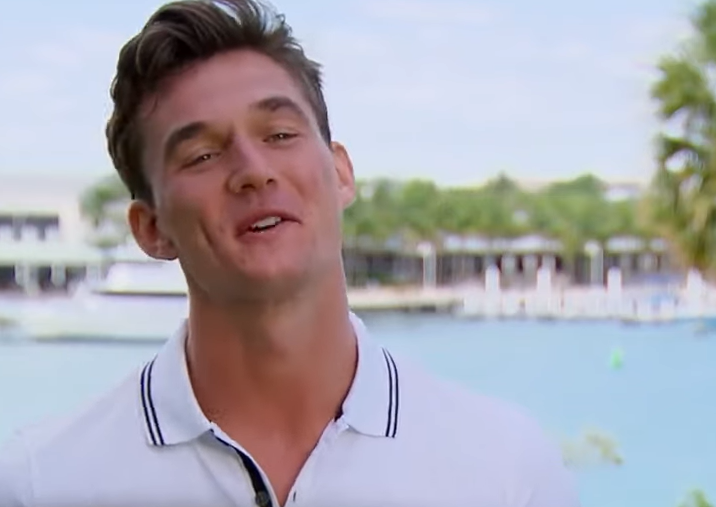 As everyone knows, the former Bachelorette star, Tyler Cameron has been hanging out with Gigi Hadid often. According to The Cheatsheet Hadid is very comfortable around Tyler. The source also said, “there’s a connection there for sure.”

The feeling is mutual for Tyler Cameron who the source says really likes her and wants to keep seeing her. He doesn’t want the fun to end and it’s an exciting time in their relationship. They are reportedly taking things slow.

On a video for E! News, they discussed Tyler Cameron and Gigi Hadid hanging out for the fifth time. They were following the timeline of the relationship. An alum of the Bachelor, Jason Tartick weighed in on what he thought. He said Tyler is a really good guy and he’s probably overwhelmed by all of the attention. The E! News hosts think it’s funny that really big stars are going after reality stars. She thinks when you watch The Bachelor and The Bachelorette you get to know the people deeply.

Tyler Cameron and Gigi Hadid aren’t getting serious, because she’s hesitant and with good reason. She just got out of a relationship with Zayn Malik. They’re just having fun and not getting serious. While they are taking things slow Tyler is a persistent paramour.  He always makes a plan when he leaves so he knows when he’s going to see her again. He’s trying to play it cool because he really likes her.

After their first date to Dumbo House, he visited her apartment and they were together again the next evening. Everyone lost their minds because fans were really hoping somehow Tyler Cameron could reconnect with Hannah Brown.

The source says their friends are meshing together and it’s going in the right direction. Gigi Hadid and Tyler Cameron were spotted buying wine after a vacation they took together. The two toted a box of pinot noir. They were dressed in a relaxed fashion. They tried to keep a low profile because they are constantly getting bombarded with photographers. The two have been living it up according to US Weekly with outings to Frames Bowling Lounge, Justin Theroux’s new bar, Ray’s and other hot spots around New York.