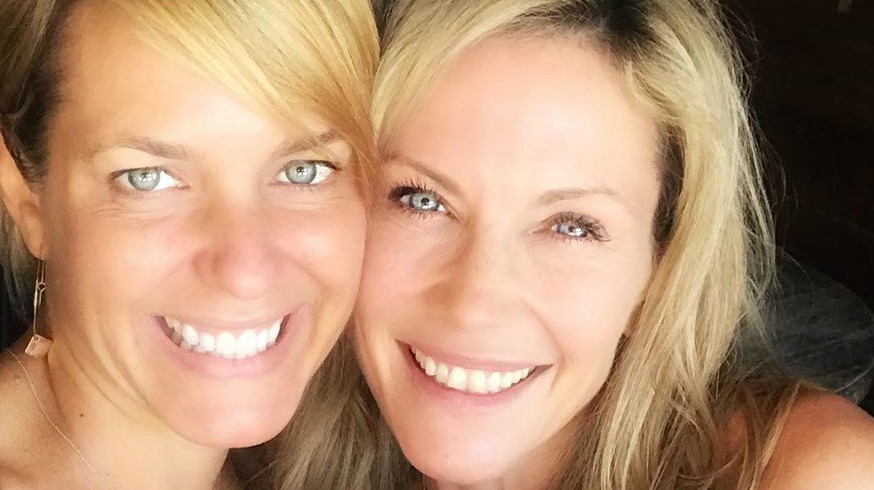 It’s another explosive week in Salem. Secrets are revealed and villains unmasked this week on Days of Our Lives. Tripp (Lucas Adams) confesses his feelings for Haley (Thia Megia) to Kayla (Mary Beth Evans.) Will JJ (Casey Moss) discover his cousin’s betrayal? Read more spoilers for the week down below.

Last week, Brady (Eric Martsolf) gave in to “Nicole’s” advances. As fans know, “Nicole” is really Kristen in disguise. This week, Brady spreads the news of his reconciliation with “Nicole.” He breaks the news to Eric (Greg Vaughn.) Eric is with Sarah (Linsey Godfrey) now, so how will he react to the news that his true love is with his brother?

It's been quite a week for Anna and Tony. 😳#DAYS pic.twitter.com/EOixWhnegD

During an encounter last week, Anna (Leann Hunley) slapped Tony (Thaao Penghlis) after learning of his resurrection. When Tony asks Kristen/”Nicole” for a divorce, she threatens to harm Anna if he doesn’t keep up her ruse.

Anna doesn’t take kindly to Tony’s new marriage. She comes up with a plan to make him jealous – marry Roman Brady (Josh Taylor.) Roman goes along with the plan, but spoilers say Tony and Anna share a passionate kiss.

For weeks now, the various residents of Salem have grown suspicious of the odd behavior of “Nicole” since she returned from the dead. Kristen has effectively silenced Ted (Gilles Marini) and Kate (Lauren Koslow) about her deception.

However, Gabi (Camila Banus) and Stefan (Brandon Barash) are stashed in the secret room after Kristen’s mask came off during a tussle with Gabi. A growing number of people are keen on Kristen’s plan and she is panicking.

This week Will (Chandler Massey) tries to warn Brady about his theory that Kristen is still alive. Brady doesn’t heed Will’s warning, but Marlena (Deidre Hall) might have better luck when she tells John (Drake Hogestyn) about her strange encounter with “Nicole.”

Everything comes to a head (or a face) for Kristen during John and Marlena’s anniversary party at Doug’s Place. In the preview, Kate is seen hilariously trying to remove Susan’s (Stacy Haiduk) “mask.” Susan, of course, knows that Kristen pretended to be her after Xander (Paul Telfer) pranked Kristen by hiding her ‘Nicole’ mask.

John confronts “Nicole” and her mask is removed during the struggle, revealing the secret that it’s been Kristen the whole time. After his shock has worn off, Brady teams up with Jack (Matthew Ashford) and Jennifer (Melissa Reeves) to find out what really happened to Nicole.

Sarah comforts Eric when he learned that “Nicole” isn’t alive like everyone thought. Will she see that he will never love her the way he loved Nicole? Will she run to Xander’s waiting arms? Tune in to Days of Our Lives weekdays on NBC to watch the fallout from Kristen’s unmasking.