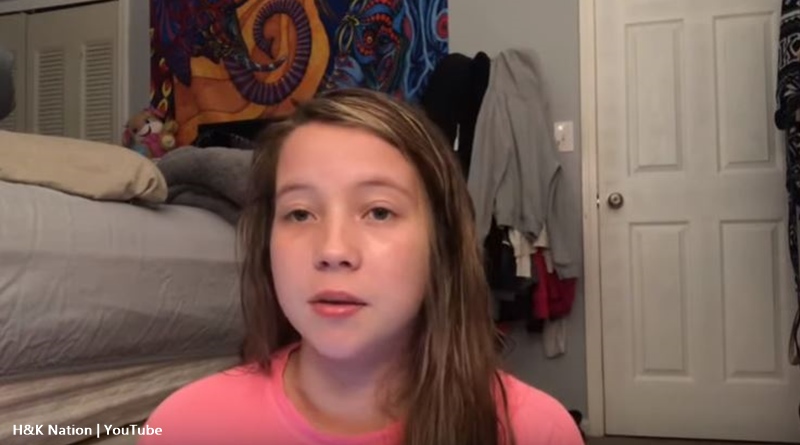 Unexpected castmember Hailey and baby daddy Matthew ran into problems when he took off with Hailey’s ex-best friend, also named Hailey. Now, Matthew’s not much interested in being a daddy to their daughter.  With Mathew not showing much interest, a lot of responsibility falls on her to look after her child. Now, she ranted on her IG at critics unhappy that she took some time to go to a fair.

On her own YouTube channel, Hailey has no idea right now whether Matthew will remain a part of his daughter’s life. In a Q&A four days ago, she assured her followers that she and Matthew still talk, however, he’s not a love interest for her and “won’t ever be.” She doesn’t like the way TLC mix it up with editing and says some of the things they say are outright lies. She was talking about the allegation they never kissed before hopping into bed.

The Unexpected star answered questions about raising a baby. Generally, she feels the early months were the hardest because of the lack of sleep. However, she thinks that she’s “been going pretty good” as a single mother. And, there lies the problem. Lots of followers think she’s not doing “pretty good.” And, it seems they’re not going to let her forget their opinion. This prompted her to rant at those critics over on Instagram Stories.

Hailey goes to a fair get’s hated on by critics

Hailey took some time to go to a fair. Instantly, followers of Unexpected gave her a hard time about not staying home with the baby. Or, for not taking the baby with her. But, from Hailey’s point of view, without Matthew’s help, pretty much any time to enjoy herself is precious. In her rant at those critics, she pointed out she’s almost always with her daughter.

In one post she said, “I have my kid every MF day!” Hailey added, “I went to the fair for 5 hours without my child.” Next, she added that she didn’t take the baby as “It’s too f**king hot for her to go outside and be all around those people.” Hailey noted that now she’s “the bad parent because she went out one day.” Well, that sounds a little unfair, seeing Matthew took his dismal parenting skills and made off with another woman.

On the second card in her IG Story, the Unexpected star enlarged on her views. As she noted, she does it on her own, talking of raising her daughter. Plus, she notes she “needs a day off sometimes.” Well, all moms struggle with the same problem. However, not all of them are so very young. And very often, their supportive partners are around to look after the baby for a while. Her rant ends with Hailey saying, “If you don’t have a kid then don’t say sh*t.”

What do you think about Hailey ranting at critics after she got shamed for going to a fair? Do you agree that it must be hard for her looking after the baby with little support from Matthew? After all, she made some mistakes, but need not pay penance for the rest of her life. If someone offers to look after the kid, do you think it’s okay for her to take a bit of me-time? Sound off your thoughts in the comments below.