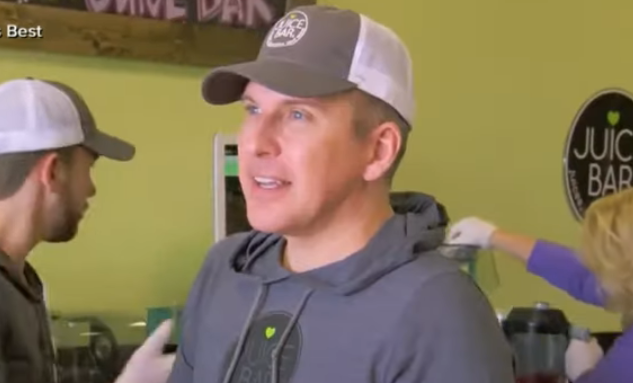 Todd Chrisley knew the accusations were coming. That’s why on Instagram he said they were innocent of twelve counts of evading taxes and wire fraud. That’s one way to get ahead of a reputation-damaging situation.

A source told Radar Online, “Todd truly believes that he is going to get out of all of these charges and walk away with a slap on the wrist. He has convinced his children that this is the case, and his wife too.” The reality star believes they’ll be exonerated of all charges against them.

Thank you God for giving me the kindest most loving woman in the world. He knew what He was doing when He gave me you @juliechrisley ❤️ THERE IS A BRAND NEW EPISODE OF #chrisleyconfessions out NOW! So don’t forget to go and listen. Also, Savannah will be taking over next weeks episode…call in and leave any questions you may have for her (931)-674-1672 #applepodcasts

The Chrisley’s released a statement saying they had nothing to worry about. The entire thing is because of a dishonest former business associate. They say he is a liar and their lawyers will prove it.

In his Instagram post he states when they discovered an employee had been stealing they fired him. Todd Chrisley said, “Needless to say, we fired the guy and took him to court — and that’s when the real trouble started.”

Chrisley said this guy took a lot of phony documents to the US attorney and told them they’d avoided taxes and committed other financial crimes. He said once they explained it they sent him away. He claimed they, “realized it was a bunch of nonsense.” They said the same guy has hired more investigators

The Two Reality Stars Are United Against The Accusations

While Radar says the two have separate lawyers, Todd Chrisley and his wife have stuck together. They surrendered to authorities together and are facing this head-on.

Todd Chrisley’s estranged daughter, Lindsie has a lawyer who has expressed his opinion about her father. Lindsie filed a police report her father and brother threatened her over talking about the financial issues. Her lawyer, Musa M. Ghanayem, said, “Todd Chrisley is not above the law and, in my 20 years of practice, I have never seen anyone be exonerated from the charges such as he is facing.”

According to ABC News they had to surrender their passports and cannot leave Georgia and Tennessee without letting probation officers know where they are going. The lawyers who brought the case against them are actively seeking jail time. They stated the falsification and fraud continued after they separated from the employee they are speaking of. Despite being in legal trouble, the Chrisleys are still filming having their lawyers get permission for them to travel for the show.

’90 Day Fiancé’: Natalie Mordovtseva Has SHOCKING Response To Fan’s Marriage Proposal
‘Station 19’: Season 5 Release Date, What To Expect
Ready To Ride Into The Sunset With Hallmark’s ‘Taking The Reins’?
Jennifer Aniston Reveals She Is Not Attending The Emmys This Year And Why
‘Below Deck Med’ Malia White Plays With Big Kid Toys