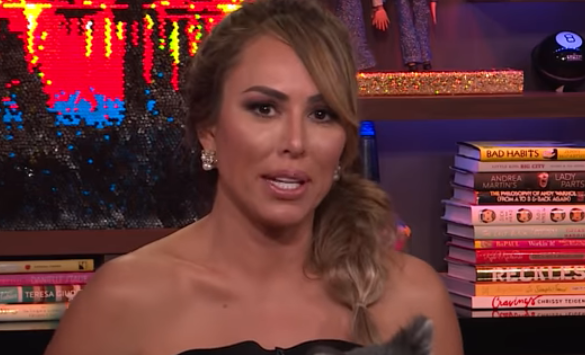 Kelly Dodd was allegedly shocked to find out her boyfriend had broken up with her according to Radar Online. Dr. Brian Reagan posted the news on Instagram. This seems to be the modern way of breaking up in a text message.

He wrote, “it’s time to stop. Kelly Dodd and I are no longer dating. I wish her the best. I will not comment further about this personal matter on social media. Dating isn’t easy, doing so from afar makes it more difficult.”

Why Was Kelly Dodd Shocked At The News Brian Had Broken Up With Her?

When he posted the Instagram message a source close to Kelly said, “she was at a wedding in Greece.” The friend said the first indication they were broken up to Kelly Dodd was reading the message. The two have broken up before but never in such a public and seemingly impersonal way.

A week ago Dr. Brian posted on his Instagram he helped Shannon Beador change the way she looked. He captioned it, “get the housewives’ new favorite procedure.” There have been some fans who suggested he was using her to further his practice. Kelly Dodd seemed to be in great spirits partying in Greece according to OK Magazine. She let her fans know in an Instagram story, “this time it’s for good.”

Did Dr. Brian Cheat On The Real Housewives Of Orange County Star?

Dr. Brian has been very clear about the reason they broke up according to Page Six. He stated, “I completely deny having cheated on her. Completely.”

The surgeon went on to say that he can’t make her see, he’s not there all the time and she’s trying to spin this. He said because he doesn’t want to be with her, she thinks there’s another woman. Brian said, “It’s not. It’s just not working. We’ve been on-again-off-again.”

Kelly Dodd posted an Instagram story announcing the split. She said she felt used because she was in the public eye. Dodd ended by calling her ex a loser. She also posted a message to another man on her Instagram.

Kelly said, “posted that we broke up .. I’m deeply saddened and I only wish him the best ! Good luck, you are a talented surgeon!! I loved you deeply. See Rick Leventhal, we broke up!” Needless to say, she’s looking at moving on.