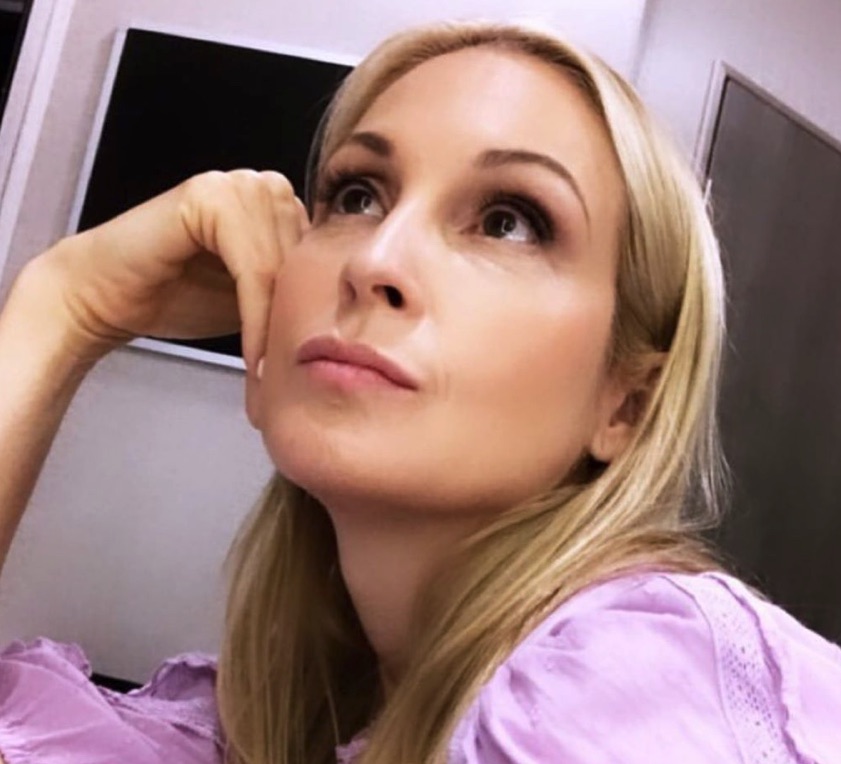 On Thursday, Rafael de la Fuente posted a photo of him next to  Kelly Rutherford, better known as Mrs. Daniels! What is she doing back on the set of Dynasty? Could her presence mean that Steven Carrington (James Mackay) will be back for Dynasty Season 3? Or will she be blackmailing someone else?

Why Is Mrs. Daniels Back On Dynasty?

Dynasty fans may be quite perplexed as Kelly Rutherford, who plays the crafty Mrs. Daniels, is in Atlanta, filming Dynasty Season 3. Rafael de la Fuente, who portrays Sammy Jo on the soap, posted a photo of the two of them. His warm caption read: “Always the BEST having the divine @kellyrutherford on the set of #Dynasty.”

What is Kelly Rutherford doing on the Dynasty set? It makes no sense to bring her back without Steven in the picture! She portrays Melissa Daniels, the former wife of a highly influential politician that Blake (Grant Show) had in his pocket. Of course, Mrs. Daniels, (said in the same way as “Mrs. Robinson” in The Graduate), infamously had a fling with a teenaged Steven Carrington. He went to her because Steven wanted to ensure that Sammy Jo got his proper visa. She wanted something intimate in return, and later showed up pregnant, claiming that it was Steven’s baby. It turns out Steven was not going to be a daddy, thanks to the combination of mama bear Alexis (Nicollette Sheridan), and the discovery that Anders (Alan Dale), not Blake, was his dad.

Could Mrs. Daniels now be blackmailing Sammy Jo about the visa, now that he is a kazillionaire, thanks to Steven’s divorce settlement? Or is there another Steven related situation that could possibly lead the two of them to helping Steven escape his Paris hospital prison?

Could Steven Return For Dynasty Season 3?

Dynasty fans love Steven Carrington and have been swarming James Mackay’s Instagram. Fans always let the Aussie-born actor know that they want him back. James Mackay did not leave the show on his own. Back on November 9, 2019, Mackay posted on his Instagram:” All new #Dynasty tonight, but, yep, sorry to say without yours truly. While Steven had a choice to leave, unfortunately I didn’t. There’s a lot of decisions involved in making television, and sometimes they just don’t go your way and you have to live with it. So for now, all love and on we go. Hope you all enjoy the show. J xx.” He was absent for most of Season 2, with the exception of the two Paris episodes. Could James Mackay return for Dynasty Season 3? The CW has not said a word.

What may give fans some hope is that James Mackay has not posted anything on his social media in about six weeks. This is quite unusual for the actor.  This could mean that he is working on another project, or it could be that he is returning to Dynasty and this is all hush hush? Fans are pretty upset by the revolving door of Cristals and the loss of Nicollette Sheridan. Could bringing Steven back to Atlanta get the show back in fan’s good graces?

Dynasty fans, why do you think Mrs. Daniels is back for  Dynasty Season 3? Do you think that Kelly Rutherford’s appearance means that Steven will be back or that she is blackmailing Sammy Jo? Please share your comments and concerns. Be sure to return to TV Shows Ace for the latest on Dynasty. Dynasty Season 3 returns to The CW on Friday, October 11 at 9/8 CT.