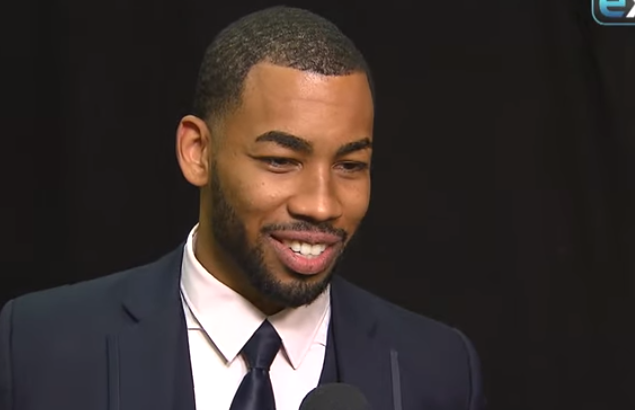 When you let fans into your love life, you’re going to get criticism. Bachelor in Paradise star, Mike Johnson is already facing assumptions about him by fans. The former Bachelorette cast member made his debut and it wasn’t without a little controversy.

When the Air Force vet arrived on Bachelor in Paradise, he used his date card to take out Carlynn Miller-Keyes instead of Tayshia Adams. This led to fans making assumptions about him that Mike was quick to shut down.

What Did Bachelor In Paradise Mike Johnson’s Fans Have To Say?

Mike Johnson chose to take Caelynn on a date for his first outing on Bachelor in Paradise. According to TV Insider, the two had chemistry and there was a lot of giggling.

The two shared a kiss, but she ultimately ended up taking a rose from Dean Unglert as well. While this hurt Mike, it is the name of the game.  A fan asked him on Instagram, “why you didn’t pick Tayshia?” According to Hollywood Life, this prompted another fan to say, “He clearly is not into women of color.”

The Bachelor in Paradise star was quick to respond, “you don’t know me so I’m not going to scold you but I do know I don’t like you with this ignorant ass statement. I love women of color.” Fans have been hoping Johnson will be the next Bachelor, but they are enjoying watching him try to find love on the show. Some fans are really torn. “Me wanting Mike to find love on BiP but also hoping he doesn’t so he can be Bachelor,” one user tweeted.

Could He Still Be The Bachelor Despite Being On BiP?

Mike isn’t worried about the criticism, on a recent post on his Instagram he outlined his philosophy. It was in reference to his workout, but could apply to life as well, “I’m all about self-love and confidence. I learned that in order to be truly confident you must trust yourself. The way to trust yourself is to not lie to yourself.”

If he does end up broke- hearted on BIP he could be the perfect candidate for The Bachelor. Fans would sympathize with his plight to find true love. If Bachelor nation has any say he will definitely be the only one handing out roses, but they’ll have to wait a little longer.

‘OutDaughtered’ Adam Busby Shares His Secret Ticket To The Gun Show
‘Counting On’ Ivy Seewald Does Her Own Makeup – See Jessa’s Reaction
Ryan Paevey, Jen Lilley Filming New Hallmark Movie ‘Love In The Afternoon’
‘Bringing Up Bates’ Preview: The Family Is In For A Huge Shock
Danielle Busby Has Mixed Feelings As She Leaves Blayke Behind?