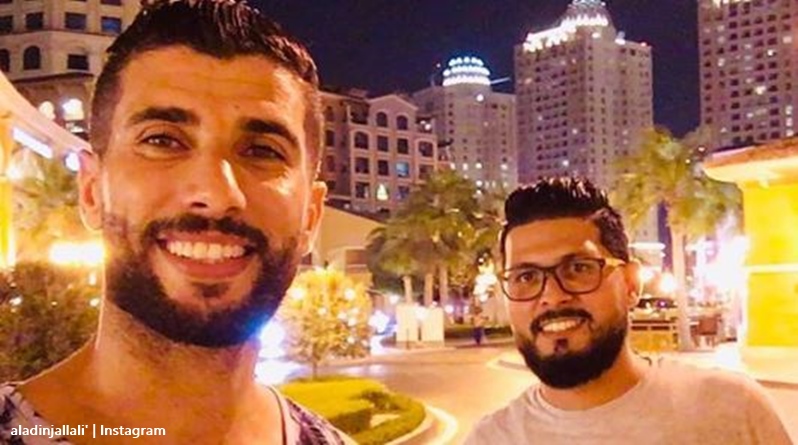 90 Day Fiance: The Other Way rumors persist about a split between Aladin and Laura. On Aladin’s Instagram, many fans keep asking where Laura is. But, he either won’t or can’t say. Possibly, he’s under contract to TLC not to talk. But some fans think he’s the “breakout star” of this TLC season. In fact, many fans hope he left Laura as they wouldn’t mind dating him. Actually, the rumor of a split gets fuelled by Aladin often. Now, he posted another cryptic message to his Stories that inflames the rumor.

90 Day Fiance: The Other Way – Laura acts like they’re together, fans skeptical

The more Laura continues to act as if they remain together, the less fans believe her. A recent post by her indicated in the caption that they actually were together. It showed a picture of Aladin and Laura with friends in Qatar. The caption said, “Back in Qatar with our friends. I love my husband he is my life, joy, and together we can accomplish anything!”

Unfortunately, the post got taken down, but some fans of 90 Day Fiance commented on it while it was up. One noticed it was an old photo. Another commented, “She prob had to post this for tlc since the rumors about her being back in the states are going around.” So, no, too many rumors sparking out of Reddit, and Aladin’s lack of photos of her definitely add to the spice that a split already happened. Now, Aladin posted another cryptic message to his Instagram Stories, that keep the rumor going.

On Friday night (US time), Aladin posted up a photo of a sign in Arabic and English. It said, “Four Things You Should Never Break.” Plus, it went on to say: “Trust – Promises – Principles – Hearts.” On top of that, the 90 Day Fiance star noted, “Basic.” So, it’s quite possible, he hinted yet again that Laura damaged something in their relationship.

Aladin’s got a big following on his Instagram. In fact, he’s only 4k followers less than Laura. That’s unusual, as it’s usually the American star who gets the most followers. His fanbase grows by the day. And, many of them indicate they’re available if Laura’s not around anymore. One fan, @Aretha, commented, “I strongly believe you’re going to be the breakout star of the entire 90 day franchise 💋💋💋.” But, as much as we hope for that, the likelihood’s low. After all, he does not have a green card.

What do you think about fans loving Aladin and hoping he’s split from Laura? Do you think he’s a “breakout star?” Was that new IG Story by Aladin another cryptic message that he and Laura split? Sound off your thoughts in the comments below.