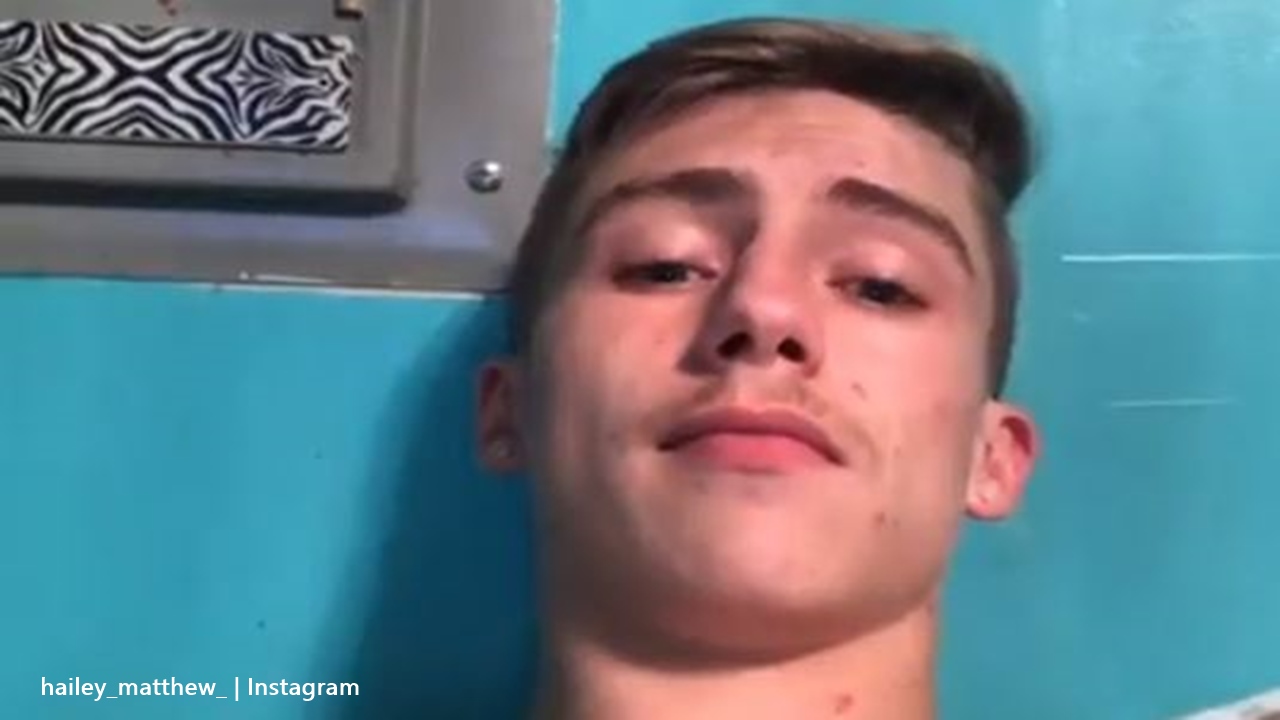 Unexpected from TLC brings Hailey Marie Tomlinson and Matthew Blevins. However, there’s a complication, as Matthew took up with Hailey’s best friend, also named Hailey. The new Hailey, who media named “Hailey 2,” and Matthew run a joint account on Instagram. Over there, it looks like Hailey 2’s getting trolled badly.

TV Shows Ace reported on the “hot mess” that took place with Matthew and Hailey, the original. We noted, “As for Matthew, it looks like he’s not concerned in the slightest about cheating on the mom of his baby. ‘Bestie’ and Matthew made a detour from Unexpected, and get heavily into PDA on their Instagrams.”

We also reported that Matthew and the original Hailey have a baby and it “arrived four months ago. Only 16 when they met, it seems they behaved like irresponsible teens, only a lot younger than 16. But, it looks like maturity’s got a long way to go, especially with Matthew.”

Over Instagram, Hailey 2 and Matthew run their own accounts, plus a joint account. On their personal accounts, Mathew, in particular, gushes about his new-found love. Hailey 2 responds, and it’s clear they moved on from being baby daddy and bestie with Hailey original. Now, it looks like there are some badly riled fans of TLC visiting their joint account.

One of them rages because they have TLC listed on the account. Most Unexpected cast or any other TV show stars do reference the show they take part in on their IG descriptions. The fact the non-original Hailey’s got an account with that particular tag seems infuriating for at least one follower. It seems that because Hailey 2 is only featured on one episode and then stole Hailey original’s man, they can’t cope and let the hate fly.

Hailey 2 shared a post to her followers and said that she’s got no respect for fake IG profiles. Well, we can grant Hailey 2 the fact that she’s out there with Matthew for all to see. She’s not hiding from anyone. That’s maybe why she became irritated with the troll who used a fake profile. Hailey 2 wrote, “Come to me on your REAL profile and say something, until then all you are is NOTHING.”

The trolling, which we edited somewhat as it’s not kid-friendly said that Hailey 2 is “a dirty Bleep.” Additionally, the troll feels Jailey 2’s “ridiculous for “putting TLC” in the bio, adding, “Bleep, you were there for one episode and it was yo Bleep betraying your best friend. ” They also noted, “You and Matthew are ugly as Bleep.” The Unexpected troller also feels Hailey the original “deserves the world.”  But, the troller’s furious with Hailey 2 and Matthew, who they think is totally “Bleeped up.” The troll ended the tirade with a comment about Matthew caring more about her “anorexic Bleep then with his…little boy.”

Hailey 2, among other comments to the troll, said, “If you have to make a fake profile to message me, don’t bother. You’re so irrelevant and childish. You’re hiding behind a screen like, scared much? ”

What do you think about Hailey 2 getting trolled on badly on her IG over Matthew’s love triangle? Are you in the least bit surprised at this type of thing? After all, Matthew did leave Hailey original for her best friend. And, here’s the question of the week – would you like to see more of Hailey 2 on the show? Sound off your thoughts in the comments below.