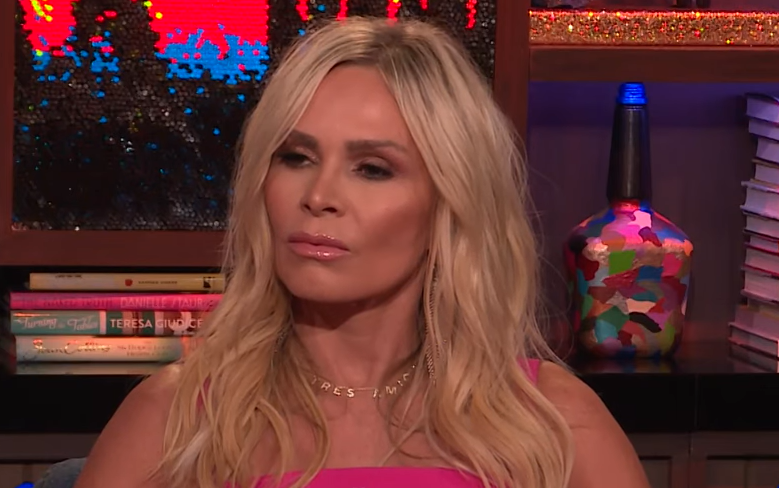 Tamra Judge of RHOC has been fighting openly on Twitter with Kelly Dodd. The reality star has also been dealing with allegations against her son Ryan Vieth. After Ryan’s ex-girlfriend leaked some terrible things on her Instagram, Tamra had to address it. In an interview with Andy Cohen, she said his ex would post things on social media and then delete it according to The Cheat Sheet. Judge says she’s not buying into it.

Ryan Vieth has a daughter with the woman who leaked the text messages. The woman said she allegedly reached out to Tamra Judge for help. She claims to have messages she can release with her as well. She has threatened this if Judge didn’t, “set the record straight.” Now it seems Ryan Vieth has let it push him to say goodbye to the reality show. He’s been on the show with his mother for several years but seems to think staying out of the limelight is the way to keep his private life, private.

Why Tamra Judge Of RHOC‘s Son Ryan Quit The Show

Ryan went to his social media as well and posted there are two sides to every story. He said he likes his privacy and if you want to judge him for the chaos brought on by the texts, contact him. Vieth said, “I don’t play the media for sympathy.”

Being a part of the show makes him feel like his daughter is the one suffering. “And for the Bravo fans, this season is my last. I will never be part of this show, the money isn’t worth having all this chaos around my daughter. I am a very simple person and my life isn’t worth talking about.”

He shared pictures of his ex Sarah Rodriguez alongside a picture of Meyer. Sarah denied this was the case saying he wasn’t married when they were together. If he’s off the show then he might stay out of the spotlight but there’s no doubt Tamra Judge is still going to be questioned about it. Hopefully, things will calm down for the sake of their small daughter.