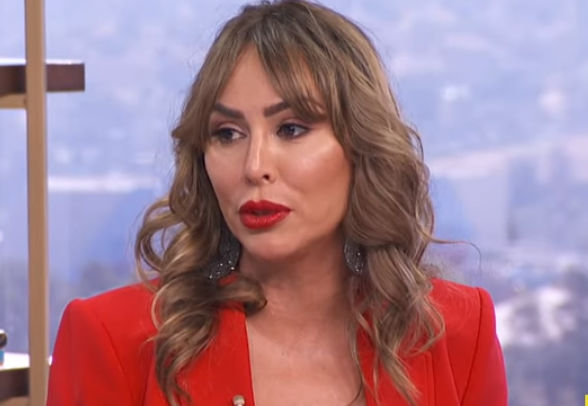 There’s never a dull moment for the ladies of the Real Housewives of Orange County. In the ongoing fight between Kelly Dodd and Tamra Judge, there’s been a new interview. Kelly Dodd sat down with People and talked about whether Tamra likes peace or conflict.

The producer asked if Tamra was being a pot stirrer when she invited Vicki to her housewarming. She actively tried to get Kelly to talk to Gunvalson. Kelly Dodd refused saying she didn’t want to talk to her at all. She said Vicki was getting on the hostess’s nerves. Kelly said at this point she wasn’t really friends with Vicki so she finds it strange they’re best friends now. Dodd said, “all of a sudden now they’re best friends,  it’s really weird.”

Having the best time at my @thetravellinggays wedding … love has no boundaries!! I love you @sanjaysoodsmith and @d_sharples81 .. my dress is from @cinqasept .. I can’t take it !!

Does Kelly Dodd Think Tamra Was Stirring The Pot?

When asked if she thinks Tamra Judge was stirring the pot when she wanted her to talk to Vicki, Kelly Dodd didn’t hold anything back. She said she wasn’t friends with Vicki and didn’t really want her there. Dodd said Tamra invited her there to dig at her. That’s why at the same time she told her she would kick Vicki out for her.

She also has a theory about the ‘Tres Amigas.’ The three friends are banding together and Kelly thinks it’s so they won’t get fired. She says they are getting older and she thinks they’ve formed an alliance. They don’t think all three of them will get fired or demoted if they stick together. While Vicki Gunvalson did get demoted to friend, she still had a lot of time on screen. That could be directly related to being a part of that friend group.

Coto De Caza Is Really In BFE With Nothing To Do

Dodd also said Coto de Caza where Tamra said the rich people live. Kelly said it’s, “out in BFE, it’s hot, it’s in the middle of nowhere. There’s no shopping and no restaurants. When Tamra moved into Coto de Caza she made a huge deal about it. She gave a tour of her new house and moved closer to her bestie Vicki Gunvalson. She’s also a member of the community. Kelly Dodd said she had a shack on the beach and it was a lot more than their house in the community. She ended the interview by saying, “I’m giving shade right now, but I can’t help it.”