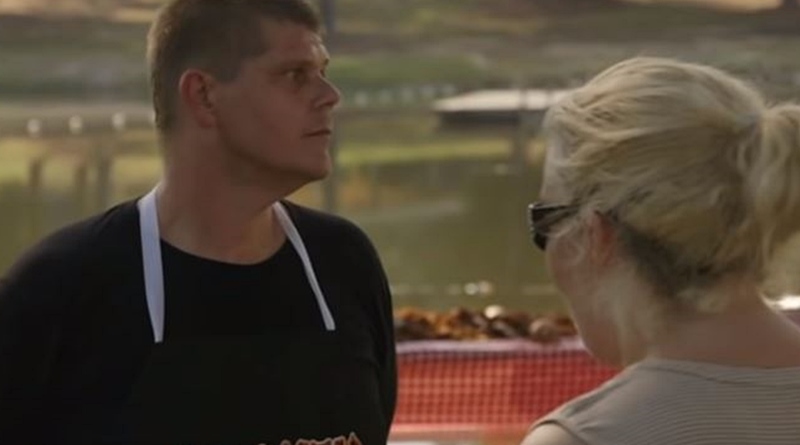 Mama June Shannon went through a big slide from hot to not instead of the other way around last season. TV Shows Ace reported how her relationship with Geno seemed associated with her slide into alleged drug use. In fact, both arrested, the family decided on an intervention. WEtv showed Alana ‘Honey Boo Boo’ crying as Mama June flipped off her concerns. Next thing, we heard Honey Boo Boo’s sister Pumpkin took her into custody. Now, rumors arise that Mama June could be with her daughter Alana. However, she’s not hot for the deal as she prefers staying with Geno.

Rumors arose that a deal in the works ended after Mama June allegedly refused to give up Geno and seek help. TMZ ran a story that they said came from someone close to the situation. In their article, they wrote, “the family recently extended an olive branch to Mama June. They told her she can finally get her youngest daughter back, but with 2 big strings attached: dump Geno AND seek professional help. We’re told June said hell no to both.”

If the story’s true, then that’s rather sad for Alana. After all, she just started real school. She tripped up by pretending to snort some cocaine on social media. But, overall she looks more settled with her sister Pumpkin. Still, a mom’s a mom and Alana probably misses June in her life. Mind you, even if Mama June did choose to toss Geno and get professional help, she would encounter restrictions. We can only assume that she’s angry about the new financial arrangements. We reported that lawyers changed who can access the money and for what purposes.

Across social media, fans just can’t understand how Mama June can’t see the negative influence Geno brings to her life. Geno openly admits he does drugs and even ranted that it’s the fault of the film crew who enable it. Fans saw June so out of it that she fell down. Plus her teeth fall out her head. Now, stories of a lot of gambling do the rounds. During all of this, she seems blithely unaware how it’s all affecting her daughter Alana.

However, according to a peer-reviewed paper by Howard Rachlin on addicts and ration decisions, they seem to have a problem. The paper notes, “rationality is here conceived as a pattern of predicting your own future behavior and acting upon those predictions to maximize reinforcement in the long run. Addicts are irrational to the extent that they fail to make such predictions and to take such actions.” That maybe explains why June needs to seriously think about seeking professional help.

What do you think about June allegedly preferring Geno to a deal that could see her regain custody of her daughter, Honey BooBoo? Do you think she’ll ever seek professional help? Could it be that the only way she’s likely to leave Geno and get help is if she ends up in incarceration? Sound off your thoughts in the comments below.