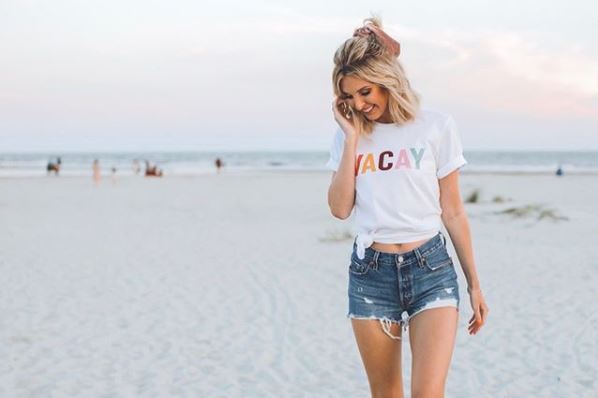 Todd Chrisley has come out and said his daughter Lindsie Chrisley had two affairs. Both of these were with former Bachelorette stars. He said this after his daughter came out with a statement saying that he and her brother Chase planned to release a tape that was made in the bedroom. She said they’d threatened her with it if she talked about something going on in their lives. Todd says this isn’t the case, though.

According to US Weekly the two men are Robby Hayes and Josh Murray. The two alleged lovers were popular with fans of The Bachelorette. Murray was engaged to both Bachelorette, Andi Dorfman, and his Bachelor in Paradise costar Amanda Stanton. Hayes was the runner-up in JoJo Fletchers Bachelorette run in 2016. He also dated Amanda Stanton.

Why Did Todd Make These Accusations Against Lindsie Chrisley?

Lindsie Chrisley filed a police report saying her brother and father were threatening to release this tape. Sources close to Lindsie said it’s allegedly because they didn’t want her to say anything about the current tax evasion case.

In response, Todd Chrisley released the information during some very stressful legal troubles. He said, “It’s heartbreaking and shameful that these kinds of accusations have to be aired in public. We have tried to keep Lindsie’s extramarital relationships with Robby Hayes and Josh Murray private for her sake since August of 2016.”

During the time the alleged affairs happened Lindsie was married to Will Campbell. Todd went on to say he doesn’t know why she’s telling the police her brother bought this tape of her and Robby. He stated it’s all a lie. He maintains it’s breaking his heart. Lindsie Chrisley maintains her family did this because they wanted her to lie about what she called the incident.

What Do The Men Of The Bachelorette Have To Say?

Murray is the only one of the two who has spoken out about the situation. He said there was no affair, Lindsie and him have been friends for years. He had some harsh words for the Chrisleys saying, “They should probably focus on how not to be imprisoned for 30 years rather than spreading gossip to try and hurt their daughter. I truly believe they are good people and I wish them the best in however they choose to go about their actions.”

Meanwhile, Lindsie Chrisley’s attorney says she’s been, “a constant target of lies, harassment, and threats from her family.” The lawyer and Lindsie say that is why she’s been distancing herself and will continue to cooperate with law enforcement. Fans will continue to follow the Chrisley drama on both sides because it’s far from over.