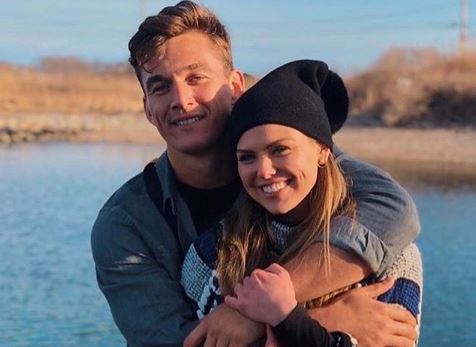 Hannah Alabama is trying her hand living in California. She may decide that the Westcoast is the best coast as she’s close to Hollywood and lots of production studios. It’s also where Cassie, Caelynn, Colton, Pilot Peter, as well as several others from the Bachelor franchise call home.

Fan-favorite Tyler Cameron, who is still dating supermodel Gigi Hadid, is making headlines in US Weekly yet again for apartment hunting in the big apple. As the Frank Sinatra song goes, “If I can make it here, I can make it anywhere, it’s up to you, New York, New York.”

The Bachelorette, alum, 26, documented his search for a place in the city via his Instagram Story. on Wednesday, August 14. “Apartment hunting…” he captioned a video of the New York skyline as he walked across a rooftop. “Send recommendations.”

Cameron’s friend Matt James jokingly laid out the property’s attributes in realtor speak in a series of follow-up posts.

Tyler of The Bachelorette searching for a place to call home in New York seems to suggest that he is focusing on his modeling career instead of pursuing more opportunities with ABC since both The Bachelor and Dancing With The Stars (DWTS) tape in California.

Does this mean he potential sees a future with Gigi Hadid? The pair has been spotted on yet another date…does this make three or have we lost count? It’s pretty unlikely that his budget is anywhere near Gigi’s $4 Million apartment on Bond Street in Noho that he spent the night in with her at.

He also has other opportunities he is pursuing in New York City, including his runner’s group and ABC Food Tours.

Very excited to be leading my first @abcfoodtours in Brooklyn! Through our partnership with @industrycity, we are able to engage the 20,000+ students of District 15. We’re incredibly grateful for all of those who have sponsored our young explorer food tours. You are all apart of this family and we love you!

His friend and business partner posted that they took a meeting at TV Food Network.

New York City is also a much quicker flight back to his hometown of Jupiter, Florida where his dad is back in the hospital fighting an infection. Tyler and his dad have such a special, loving relationship which Bachelor Nation was lucky enough to get a glimpse of during Tyler’s hometown date with Hannah on The Bachelorette.

We wish Tyler’s poppa a speedy recovery. Best of luck to Tyler with his apartment hunting.

What does this mean for Tyler C and Hannah B?

Right now, it doesn’t look like this couple from The Bachelorette are going to be together. They live across the country from each other. Tyler is enjoying his time with Gigi. From the sound of spoilers, Hannah B will probably be busy with Dancing With the Stars soon. It looks like Tyler and Hannah are both moving on.

Do you think he has a real shot with Gigi Hadid? Are you disappointed he’s not with Hannah B? Do you think he should pursue his modeling career or try to stay within ABC-TV’s lineup? Share your thoughts in the comments.