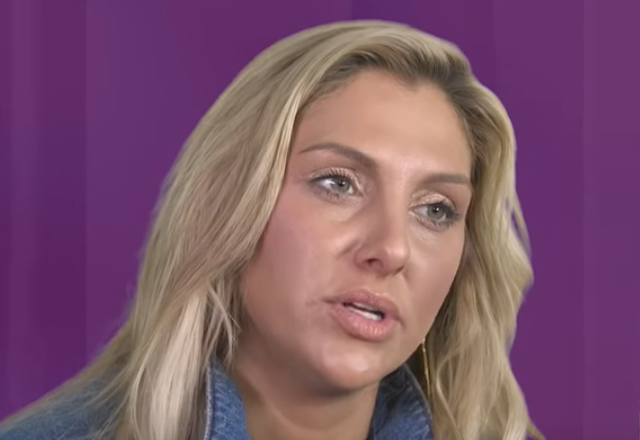 RHOC star Gina Kirschenheiter is willing to do what it takes to get custody of her children. She’s been involved in a bitter and scary battle with her ex, Matthew Kirschenheiter. Gina alleged domestic violence against her and will be testifying according to The Blast.

It had been reported earlier in the year, Gina had filed a restraining order against him after he attacked her. Allegedly the children were in the house. The two have had a volatile relationship for a while reconciling only to fall out again. A judge will hear both sides before making a custody decision.

What Will RHOC Star Gina Kirschenheiter Take The Stand To Address?

Gina will be telling the court about the domestic violence that took place against her. Previously she claimed he threatened to kill her and choked her before dragging her in her back yard. She will ask for custody of their three small children. The RHOC star is prepared to pull out all the stops.

She plans to question her ex-husband on the stand and is also bringing in a family member who has witnessed Matthew’s behavior towards her. She also wants that person to talk about his alcohol and drug use. Gina will be questioning the police officer who responded to the call during the incident.

The RHOC cast member says Matt violated the restraining order she had on him by sending messages and trying to communicate with her. She also has pictures of herself after being allegedly injured during the altercation. Gina wants support from Matt and wants to make sure he cannot seek spousal report in return.

The Two Throw Accusations At Each Other About Drugs And Alcohol

When Gina had originally filed for primary custody Matt had filed to not give it to her. He wanted joint custody. A month ago, they had a temporary deal where he could see the children while his parents or other family members were there to supervise. This was before the restraining order that stemmed from the domestic violence accusation. Now the terms of their agreement have changed.

This includes Gina asking Matt to take random drug tests. She claimed this was from her ex-husband telling the RHOC star he would enter a rehab facility.

Matthew said that the court just needs to look at Gina’s behavior. He cited her recent DUI as proof she had issues. Hopefully, the two will be able to reach some sort of agreement soon for the benefit of their three children.