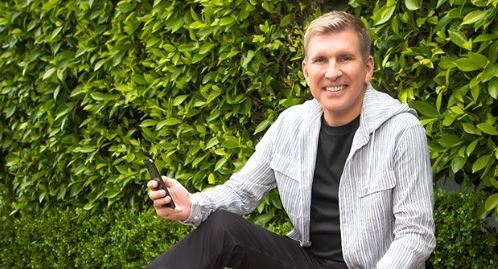 Kyle Chrisley is speaking out and saying he has mended his relationship with his parents. If you don’t remember Kyle, he was on the show at the start. He is an older son of Todd Chrisley. He is also the father of Chloe. She is still seen on the show and fans love her.

E! Online shared that Kyle is now giving an update on what is going on. He shared that earlier this year they made up. This is great news. Todd and Kyle had issues over the years.

Now, Kyle is denying claims he made against his father in the past. During an interview with Good Morning America back in 2017, he said Todd “bragged” about not paying taxes and should be “held accountable” for his alleged actions. Kyle is now saying that this isn’t true. Here is what he shared on Facebook.

“I know the interview I did bashing my dad OVER A YEAR AGO is being shared on social media. Honestly I’m tired of it. You guys don’t have the facts and I need to set the record straight once and for all. Everything I said in my interview was a lie. These allegations against my dad are all LIES!”

Kyle tried to say that Todd’s ex-wife Teresa and his sister Lindsie Chrisley turned Todd into the Georgia Department of Revenue on allegations of tax evasion. Lindsie’s lawyer says that isn’t true, though. She has even been showing support for her family.

Kyle Chrisley admits that part of the issue in the past was his sobriety. His dad wanted him to get clean and that wasn’t what Kyle wanted at the time.

Todd Chrisley is denying all charges against him. Before he was actually charged, Todd went to his Instagram and made a post letting fans know it was coming.

Todd and Julie Chrisley bonded out today after being charged. Their passports were taken away and they had to pay a bond of $100,000 each.

Are you surprised to hear that Kyle Chrisley has fixed things with his father? Share your thoughts in the comments below. Don’t miss Chrisley Knows Best when it airs on USA.

Jana Duggar‘s Wedding Registry Surfaces: Stephen Wissmann Proposed?
Will There Be ‘When Calls The Heart’ 2021 Christmas Movie?
‘Love Island USA’: Does Javonny Vega Plan To Tell-All On YouTube?!
Chrishell Stause Vacations In Paradise With Her New Man — Who Is It?
’90 Day Fiancé’: Stacey & Florian Blasted For FAKE Intimate Photos