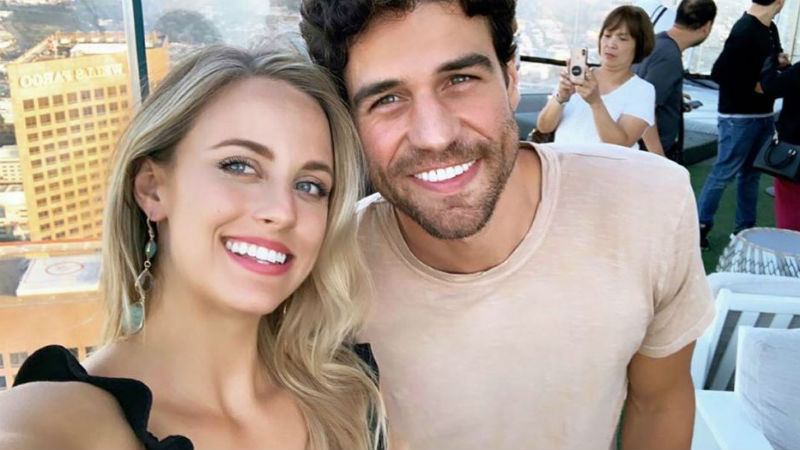 Last summer on Bachelor in Paradise, Joe Amabile and Kendall Long left Mexico as a couple. As with any season, fans wonder if the couples who are together at the end will make it in the real world and have a successful relationship and future. The good news is Joe and Kendall are still smitten for each other and doing great.

Will Joe and Kendall take their relationship to the next level?

Life & Style recently caught up with Joe and Kendall and asked them what their future plans involve. While the couple is not engaged yet, they both admit that they see a happy relationship in their future together.

They revealed they talk about marriage and even babies often, but so far nothing has been solidified. Kendall, 27, shared that while they discuss the future frequently, they have no set timeline to make it down the aisle and start a family.

They recently took a huge step in their relationship

Recently, Joe, 32, and Kendall stepped things up a notch and moved into an apartment together in Los Angeles. Things are going well for them and they are both excited about the future.

Joe, known among Bachelor fans as grocery store Joe,  revealed that when the time to propose does come he will be keeping it a secret. Joe said, “I gotta keep it a surprise, I can’t just tell her when I’m gonna ask her to marry me! But we’re moving in the right direction.”

Staycation with my man ✨🥰 . . . @discoverla @thelinehotel

Being in the spotlight has actually helped Joe and Kendall

While many couples struggle with being in the spotlight, Joe and Kendall admit it has helped them. Kendall said, “Our whole entire relationship is about being engaged … As two people who are mainly afraid of commitment, it makes it so the idea of talking about engagement isn’t scary.” She continued saying,  “It just makes it more fun and we think that it will definitely, possibly happen someday but as of now, we want to get so many more things solidified in our life before we take the next step.”

Joe and Kendall were not the only couple to leave season 5 of Bachelor in Paradise in love. Chris Randone and Krystal Nielson also fell in love, got engaged and actually got married in June. Astrid Loch and Kevin Wendt are also still together. Astrid moved to Canada to be with Kevin recently. Of course there are also many other successful couples from Paradise who have gone on to get married and have children.

Season 6 of Bachelor in Paradise is currently airing on ABC Monday and Tuesday nights. Will more couples leave engaged or at least together and in love? Keep watching to find out.