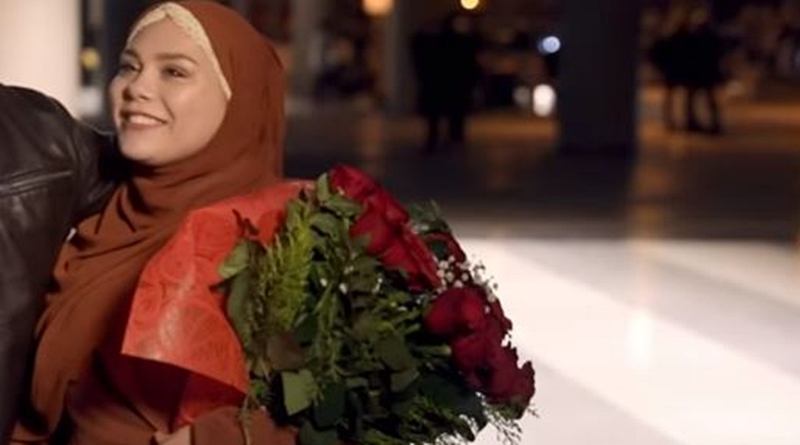 90 Day Fiance: Before The 90 Days fans know that Avery Mills converted to the Muslim faith. She fell in love through a Muslim dating site and intends to marry her Syrian fiancé, Omar. Since the TLC show began, we heard a lot of viewpoints on the questionable conversion and the idea of ending up in a war-torn country like Syria. Plus, Avery sometimes speaks out about her life as she tries to adapt to her new religion. But, thanks to blogger, YouTuber, and social media guru, John Yates, we heard more about a different aspect of her life. She once looked good for a promising gymnastics career.

90 Day Fiance: The Other Way star Avery broke both her legs doing gymnastics

During her chat with John Yates, Avery said she “broke both her legs.” John asked her if that “happened while doing gymnastics?” Of course, he wanted to know if that came as a result of an accident. Avery confirmed it did, and worse than that,  they both broke on the same day! Well, as a result of that, she spent time with a “boot and cast” and ended up in “a wheelchair.”

Asking her about her background to the sport, John questioned if she made it to junior US teams or anything like that. Well, it looks like our 90 Day Fiance star may well have one day represented the USA at the Olympics. Now, that would have shown her on the TV in a very different way from her current circumstances. Avery said that she started very young and “loved it.” For about “15 years” she worked very hard at the complex sport.

A promising Gymnastics’ career cut short after her accident

Discussing her hopes and achievements as a gymnast, Avery said, “she was “in the Ohio team” and others. But after she broke her legs, it became very difficult. Although she “went back to gymnastics after her broken legs, the 90 Day Fiance star said, “I was getting better, getting better,” in terms of ability. However, the accident meant a “huge setback.” She’d been out the sport for “months,” and it “hurt [her] self-esteem.”

Obviously, lacking confidence in a very competitive field demotivated her. So, sadly, any hope of a career in gymnastics ended for her. Even though she mended quickly, continuing really bounced out the court. As John Yates said, “I broke my arm…it took about nine months to come right.” But for Avery, although mending quicker, it was too much. So, she did “some cheerleading for a while.”

Preferring gymnastics to cheerleading, Avery returned to the sport in her “last year of high school.” She made her way back to the level of winning at “the nationals in Missouri.” But, she decided it was “time to retire.” She added, “my body’s hurtin’ so…” That’s a hard call for her, as she “always put gymnastic ahead of cheering.”  But thanks to her ability as a gymnastic tumbler, she played a similar role in the cheerleader team.

What do you think about Avery potentially missing out of a promising Gymnastics career? It certainly looked like she was on her way to heady heights way before she left high school. Two broken legs sound awful. Let us know your experiences with the sport in the comments below.

Remember to check back with TV Shows Ace often for more news about 90 Day Fiance: Before The 90 days.

‘OutDaughtered’: Did The Seven Busby Girls Wear Down Adam?! See Photo
Rick Leventhal, Kelly Dodd Are Unemployed With Health Issues
‘The Bold and the Beautiful’ Spoilers, June 21-25: Thomas Gets The Shock of His Life
A Denim Jacket And Roll Call Has Fans Sure Jana Duggar’s Engaged
Savannah Chrisley Gets Scolded By Fan For Wearing Barely Nothing?