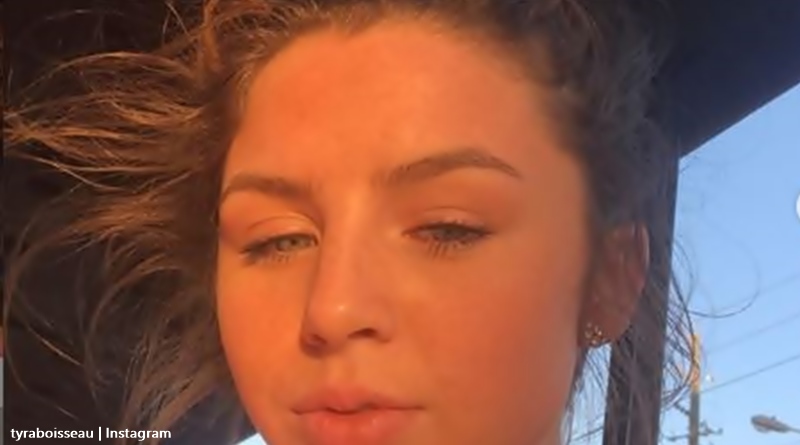 Unexpected Season 3 brings the usual drama of teen moms struggling to raise their kids. Actually, a lot of them look plain miserable. And, that’s quite likely. Even women in their twenties and older sometimes feel isolated as their peers get on enjoy the fun of the young. But, when it comes to Tyra, Tiarra, and cousin Taylor, some fans think they made a pregnancy pact.

TLC teases that “Tyra, 18, found out she was pregnant just four days after her 16-year-old sister had a baby.” Now, viewers of the show know that Tyra’s boyfriend, Alex Wilson’s a somewhat reluctant dad. But, maybe that doesn’t matter to Tyra too much. Perhaps the third pregnancy in the extended family was part of a pact. After all, as Distractify notes, “Tyra, Tiarra, and their cousin Taylor had baby girls within several months of each other, which Tyra called a “blessing.”

Meanwhile, it emerges that Tyra already miscarried a baby, so one would assume she’d know to take her birth control. But, Tyra’s just sad now, because her friends from school abandoned her. Young teens have a lot of fun, with exciting futures to look forward to, so yes, they move on. Now, fans wonder what Tyra of Unexpected was thinking. It took her five months to establish her pregnancy. Hmmm. But she came from a family where teen mom pregnancies are not uncommon. Tyra’s own mom and her Aunt were also teen moms.

Tyra, Tiarra, and cousin Taylor never learned from their own parents

Here you have a family where teen mothers seem a normal part of life. The sad thing is that even Tyra says her mom tried everything to help her not fall pregnant. But, in a laughing kind of way, she notes, “it obviously didn’t work.” The Unexpected star seems unconcerned about much beyond that. Her mom warned the girls repeatedly on how hard it is to raise a child as a very young mother. So, almost in spite of that, it looks like there was some kind of pact between them.

Over on Twitter, and YouTube, many fans feel this trio of young women made a pact to fall pregnant. Pregnancy pacts came into the public eye back in 2008. That came when a school official revealed to Time, that 18 girls fell pregnant in one small town.  Inside Edition noted, “scandal…shocked the nation when it was reported that 18 high school girls in Gloucester, Mass., were all pregnant at the same time back in 2008.” Before that, they were almost unheard of.

While not many people climbed onto the pregnancy pact theory, certainly those who think it is, are quite vocal. Here’s what some of them said on Twitter:

So Tyra was pregnant, lost the baby, couldn’t remember to take birth control then turned around and got pregnant again… sound like the pregnancy was on purpose #unexpectedtlc #unexpected

Meanwhile, others noted that the girls seem way too young emotionally to get serious about these pregnancies. Possibly it’s because these days, young girls just look at their screens and see other young girls on the television. These young moms get famous, earn money, go to reunions and parties. That could be a very attractive incentive for them.

What do you think about Tyra, Tiarra, and cousin Taylor all having babies in their teens? Do you think they made some kind of pregnancy pact? Sound off your thoughts in the comments below.