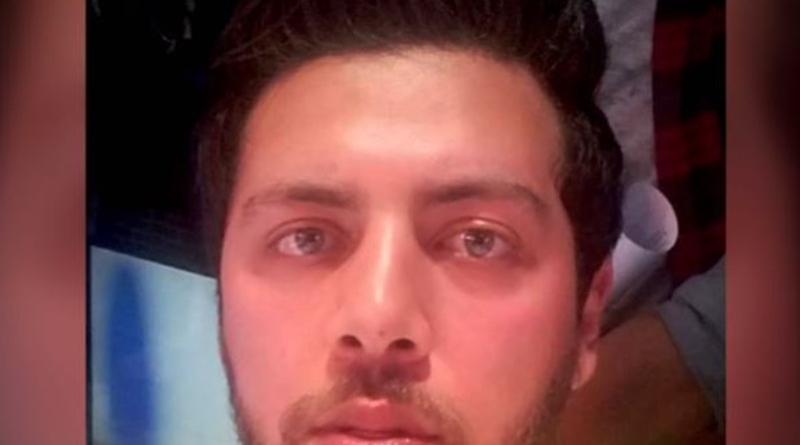 90 Day Fiance: Before The 90 Days aired a new episode of Season 3 and this time we saw Rebecca stressing so badly about meeting Zied. Well, she finally met him, but fans don’t like him at all. Numerous reasons crop up on social media. And, some fans worry that Zied put her in compromising position with his culture by booking a single hotel room. Many of them simply don’t like him.

90 Day Fiance: Before The 90 Days Rebecca stresses so much over meeting Zied

Before she left the USA for Tunisia, the reality of making a second mistake sunk into Rebecca. She got herself so worked up, and rightly so. After all, she admits that Zied got a lot of photos of her with filters. Now, she’s worried when he meets her, he will be disappointed. It’s “all or die” for her and she’s ready to just take the jump straight into a hotel bed with him. However, on the way to the airport, Zied wouldn’t answer his phone or any text messages. Saying goodbye to her son, Rebecca imparted every known facet of extreme stress.

Well, fans of 90 Day Fiance can only imagine the stress of arriving in a foreign country, hoping the guy meets her. And, worrying he’ll freak when he finds out she looks nothing like what he imagined. Apparently, they had some steamy phone conversations and vids, but still. So, it’s a relief for Rebecca when she finally spots Zied waiting for her.  In fact, she’s so relieved it looks like she’s about to break down. Zied welcomes her with lots of kisses and hugs, a weird shirt with her photo on it, and an immediate problem that Rebecca addresses, reluctantly: The car.

After 90 Day Fiance fans watched a thousand hugs and kisses, Zied dropped the bombshell that he came in a taxi and asked her to rent a car. Uh-oh…bad news. Rebecca’s taken aback as Zied assured her he would take care of everything. So, they kickstarted her trip to Tunisia with a lie. Anyway, they hired the car and all Zied can think of is hitting that hotel room.

On the @90dayfiancecraycray account on Instagram, fans had their say about Zied. On the lack of a car, @pennyberry1130 commented, “Did anyone notice who had to rent and pay for a car? In his country? As his guest? Another Facebook scammer from Tunisia. Lord give these women some sense 🤦.”

The cultural blowback could affect Rebecca with the hotel room

But others pointed out there could be future problems for Rebecca. In the show, we noted that Zied’s parents worry about cultural behavior much more than the age difference. Even Rebecca admits it’s not culturally correct for unmarried women to sleep in the same room as a boyfriend. Zied’s mom begs if they must have a hotel, it should be separate rooms. But, Zied tells his friends he’s up for it and looking forward to getting his hands on her.

At the airport, as they left, Zied mentioned the hotel. The 90 Day Fiance couple can’t wait to get there. But by booking a room for the two of them, this could raise cultural issues. Hopefully, it won’t land Rebecca straight into a confrontation with Zied’s parents. Or, Zied in trouble with anyone in Tunisia. After all, Rebecca’s totally reliant on him right now, for her personal safety and security.

@browwnsugaz wrote, “I’m confused how do you respect the culture but you still gonna sleep in the same room?” Plus, on Zied salivating over Rebecca, @shellybear3000 noted on another post, “Isn’t he Muslim? Isn’t that looked down on?” Well, yes it is. And fans hate it that Rebecca could end up in a compromised position. She is, after all, rather sweet and comes over as lacking self-confidence in her relationships.

What did you think about Zied not answering his phone, Rebecca stressing badly, the hotel room, a hire car, and a possible cultural issue arising? Sound off your thoughts about whether you like him or not in the comments below.

Remember to check back with TV Shows Ace for more news about 90 Day Fiance: Before the 90 Days.