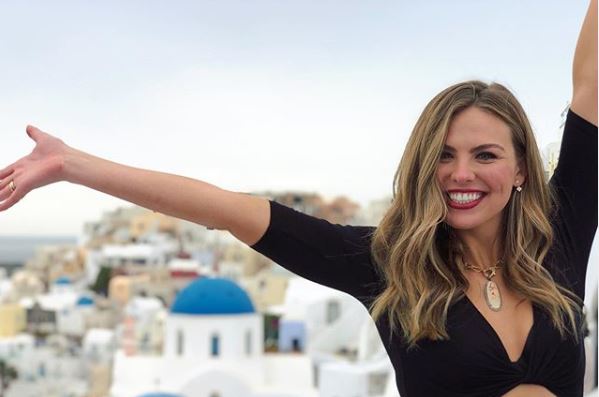 The Bachelorette is yesterday’s news, but all of the contestants do their best to stay top of mind and remain relevant, especially for the final three.

For Tyler, it’s in his best interest leave the entire Bachelor franchise in the past. There have been rumors that Calvin Klein will sign him as a model IF he does not become The Bachelor. A career modeling for Calvin Klein is a lot more lucrative and prestigious long-term than being The Bachelor. Plus, his dating life won’t be taped and subjectively edited for all the world to watch.

According to Cosmo’s Emma Baty, who does not watch the Bachelor franchise:

“He’s not just Bach-Nation-sexy, he’s model sexy, and that’s an important distinction. No wonder Gigi Hadid gave him the follow. They’ve only been on two dates as of right now, but if you’re Tyler, why would you date a reality star when you could date people of Gigi’s caliber? Whether they last past two dates isn’t actually the point. The point is that he has officially graduated from C-listers to A-listers. It’s a completely different category of human, and it can lead to a new kind of exposure.”

In addition to modeling, Tyler formed a running group in Central Park in New York City. He’s hoping everyone in the group will run a 5K by the end of the summer. His runs are also a way to showcase ABC Food Tours, a nonprofit organization his friend Matt James created to provide local school students learning and fitness opportunities around the city. The Bachelorette fans love that he is doing this now.

Jed Also Dabbles In Modeling for The Kibble and Fame

Even Jed is aware that modeling can help pay the bills much better than trying to make it as a musician. He has listed on Instagram that he is represented by The Block Agency in Nashville, TN. Take a look at these shots of his modeling. In this photos, he’s practically unrecognizable as the cheating, sleazy, three-timing, womanizing jerk who has terrible fashion sense. Brown suits are so unattractive. His hair and beard look so much better than they did while he was appearing on The Bachelorette. As one female commented on Instagram, “Did Jed get hotter or is it because he’s now a bad guy to everyone that makes me like him more?” 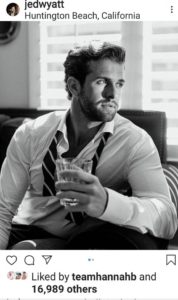 Pilot Peter went on the campaign trail handing out roses. Fans still check the cockpit when boarding flights and get disappointed when he’s not the pilot of their flight. In addition, he has gotten actively involved with the non-profit Seed to Mountain which is raising funds to provide sanctuaries for women and children. Hmmm, if he does become The Bachelor, maybe producers could build a windmill in Uganda for fantasy night dates or the proposal.

Fortunately, Luke P has faded away after The Bachelorette. The fans are pretty happy about that too.

Bachelor in Paradise will be heating up this week with the first rose ceremony. In addition, Jordan will be back on the beach and a fight will break out. Are there any females that Blake hasn’t hit on yet? What happens between Caelynn and Always Beach Cam. Don’t miss all the drama.