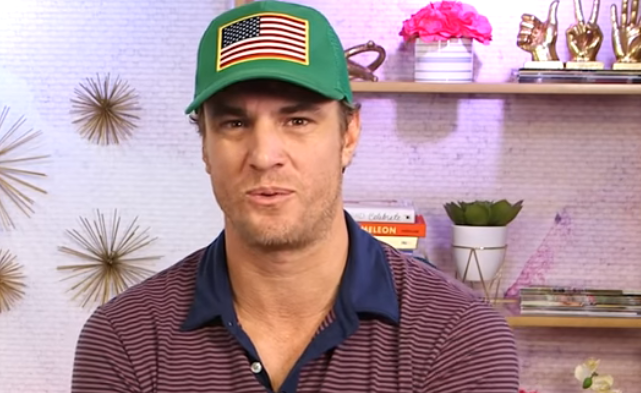 Fans following along with Shep Rose and his Instagram stories recently might have thought he’d lost his mind. He mocked a homeless woman and then fans who called him out on mocking her. He told them to unfollow and was coming off like a really entitled frat boy and not a southern gentleman.

The Southern Charm star didn’t back down from what he did. He even released a disingenuous statement on twitter, saying sorry not sorry. It seems like the fans not backing down from telling him he was wrong finally sunk in. Shep Rose might be ready to say sorry.

Don’t body shame! Let’s more focus on the body of water 🥁 i can’t seem to not jump into any ocean/lake/lagoon. It’s like reverse evolution. Going to see @swollymammoth.llc when i get back to Chucktown. We need to get my Fall Body ready for football 🏈 season. #fallbod

Fans continued to tweet Shep Rose and tell them about their disappointment. A lot of them talked about the time they volunteered at soup kitchens and worked in shelters. These fans finally got through to Shep, or his PR person.

According to Entertainment Tonight, Shep posted to Twitter he was taking a break. He said, “I feel absolutely sick about all that’s transpired this week. I’ve compounded stupidity upon stupidity. Just know that I never intended to hurt anyone. And I do enjoy sharing my adventures and thoughts with you. But I blew it. Anyway, gonna take a little break and look inward,” Following the tweet, he deactivated his account.

The Southern Charm Star Is Still Posting To Instagram Stories

His Instagram is still active. While Shep’s not been posting new pictures, he has been sharing stories. A few with his dog and some with fans. The comments haven’t stopped about the video. One commenter said, “Shep thinks he’s better than everyone. Your true colors have been revealed.”

Of course Shep Rose still has his fans. One commented on the same Instagram photo, “you’re just like my brother, the only person who can make me laugh.” Fans are hoping Shep Rose will take some sort of action to start his apology. Many posted that actions speak louder than words and he needs to start doing something to show he cares.

The video he posted to his story about his dog was captioned with a message about him still being able to love Shep. It seemed like he was looking for a little sympathy. Fans will see if he’s changed when his Twitter comes back online.