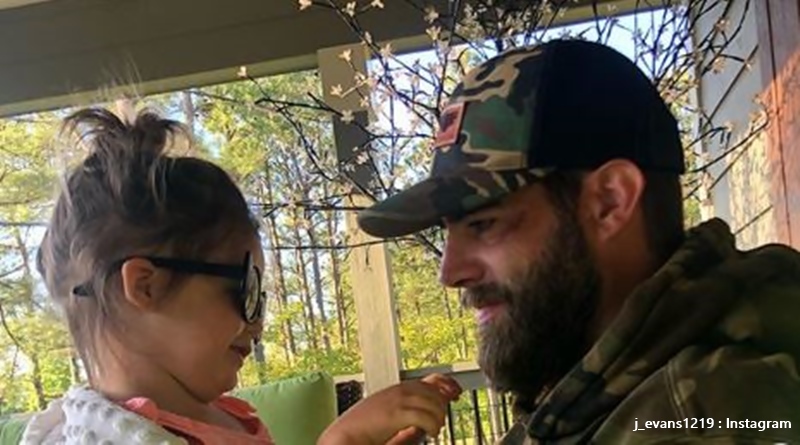 Teen Mom 2 alums, Jenelle Evans and David Eason plan to open a new online store for the @BlackRiverForge IG account. Obviously, it’s going to take time to build up their stock. They have not registered a business and are not selling anything just yet. On August 8, TV Shows Ace reported that the Instagram page for the new business went up, and shows a knife that David made. However, it looks like David plans other things in his handicraft range.

While using his hands to create a business is laudable, the bracelet he made got some followers down on him. Well, the ex-Teen Mom couple probably expects to be trolled on for the rest of their lives since Nugget died. Seemingly quite proud of his efforts, David posted on his business page, “My very first attempt at leatherworking, made Maryssa a bracelet! I hope she loves it when she gets home from school today!” Obviously, David’s still learning his new crafty side and hopes to make some good quality and unique stuff in the future.

The bracelet effort got dissed by lots of haters. Mainly, because it looked like the same thing you can buy at Walmart. @wildnaturemama posted, “Wal Mart sells this kit for ten bucks. You bought a ten dollar leather bracelet kit that a child could put together in two minutes hahahahahahaha. That’s not what leather working is 😂 You really are adamant about never getting a real job to provide for your family aren’t you?” But a number of followers liked the fact that David’s trying to do something.

Fans stand up for David Eason, giving some credit to him for his efforts

Many people still enjoy seeing Jenelle and David on social media. And, for some of them, they grow weary of the endless trolling that goes on. Those who wanted to know when they go online prefer dm’s because communication gets lost in all the hate. While the trolling rolls on relentlessly into infinity, some fans give David credit for his efforts. Others put up their hands to buy products and yet more suggested he sells leather goods on Etsy.

In support of David, here’s what a few people said to the Teen Mom 2 alum:

My very first attempt at leather working, made Maryssa a bracelet! I hope she loves it when she gets home from school today!

In reply to that, Jenelle said that in time, they hope to have an online store. What do you think about David Eason using his hands to try and make his business grow? Does it matter that he may have used a Walmart learner kit to start out? Do you hope that one day, @BlackRiverForge accumulates enough home-made products to open an online store? Sound off your thoughts in the comments below.

Remember to check back with TV Shows Ace often for more news about David Eason, Jenelle Evans, and Teen Mom 2.