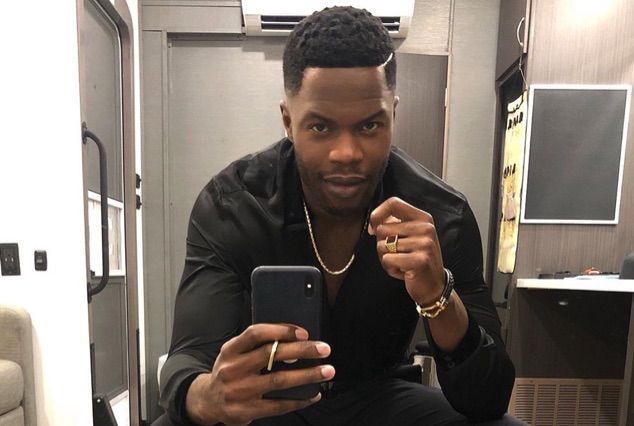 On Tuesday, Dynasty tweeted a youthful casting call showing that the Dynasty Season 3 soap opera is not keeping the CW show from moving forward. They issued a casting call for young soccer players (football for those outside of the United States). Sounds like the Atlantix may be recruiting some very youthful talent! What else do we know about the upcoming Dynasty Season 3, including the fates of three actors whose future on the show looked questionable after the Season 2 final episode?

Is Jeff Colby Back On Dynasty?

Jeff Colby fans can now rejoice: Sam Adegoke is returning For Dynasty Season 3! Fallon’s stylish cousin played by Samuel Adegoke is definitely back–at least for one episode. Sam posted on Instagram, “Guess who’s back. Here we go #Dynasty.” This makes sense. Since Deadline reported that Michael Michele, who is portraying Jeff’s absent mama, Dominique Deveraux, has now been promoted to a Dynasty Season 3  regular, Jeff’s presence could add to more juicy drama. Will he save the Atlantix? The question now is, who has the cure to Jeff’s paint poisoning?

Is Liam Returning To Dynasty?

Last we saw Liam (Adam Huber), he was lying face down in the Carrington swimming pool, courtesy of the ever diabolical Adam Carrington (Sam Underwood). Well, thank’s to the CW’s Season 3 synopsis posted by Den of Geek, Liam will survive this only to deal with obstacles to his relationship with Fallon. She has a few skeletons in her closet, or in the Carrington lake. Nothing like spoiling a cliffhanger CW!

The only two Dynasty mysteries are who will play Alexis Carrington and whether James Mackay will return to reprise his role as Steven. Right now, there is no information on who will replace Nicollette Sheridan. There has not been a peep from the Dynasty producers on who is replacing Sheridan and when Alexis will return to Dynasty. Alexis Carrington, portrayed by Joan Collins, was such an iconic role in the original Dynasty. Picking the right actress will be key to the future success of the CW soap.

As for James Mackay, it does not seem he is coming back anytime soon. He has not posted anything from the set. His last post was on July 1. Fans left numerous comments asking for his return. The most poignant was from @christykto26, who asked: “Come back to Dynasty!! I miss your character so much! You were the pure heart that the family needed!!”

Now that Ana Brenda Contreras has left her role as Cristal Jennings, the second Cristal, to be replaced by Daniella Alonso, fans have been on social media pondering who else is out. Hopefully, this updated information will help ease the confusion with Dynasty fans. The revolving door of Cristals has caused fans, such as Twitter poster Prophet Victoria, to start listing some of the carnage from the show. She had posted her take on who was fired or quit from Dynasty so far.

“Let’s just take a moment to realize all of the #Dynasty firings/people leaving in TWO seasons.

We do not know if Nathalie Kelley was fired, or if she quit Dynasty on her own. Her career has actually improved. We do know that Nathalie Kelley will be the star of a new ABC mid-season comedy called The Baker And The Beauty.

Secondly, we now know that Sam Adegoke did not leave the show and is back for Season 3. Lastly, as for James Mackay, his role was downgraded to guest star status, at about the same time that Adam Huber (Liam) was upgraded to show regular.

Let’s just take a moment to realize all of the #Dynasty firings/people leaving in TWO seasons.

Dynasty fans who may feel a bit stressed about the latest changes surrounding their favorite show may be feeling a little anxious when checking on their social media. There is not much information on Dynasty Season 3, which is now in production. Instead, the CW is promoting Katy Keene, the new Riverdale musical spinoff.

Dynasty fans care about their show and clearly want news that the show is on track. The sloppy Season 2 storylines, coincided with the departure of the show’s co-creator Sallie Patrick has fans wondering what is going on. The behind-the-scenes chaos is making devoted fans nervous that there will not be a Season 4 of their favorite show.

Deadline reported that at the TCA Sunday, CW President Mark Pedowitz had addressed Patrick’s departure. He explained that Sallie would consult and that she wanted to focus on development.

Big dreams in a big city. From the creator of #Riverdale, #KatyKeene is coming soon to The CW. Watch the full trailer: Link in @cw_katykeene’s bio.

Dynasty fans, are you happy to know that Liam and Jeff will be back for Dynasty Season 3? Do you want to see Steven back? Please share your comments and concerns. Be sure to return to TV Shows Ace for the latest on Dynasty. Dynasty Season 3 returns to The CW on Friday, October 11 at 9/8 CT.